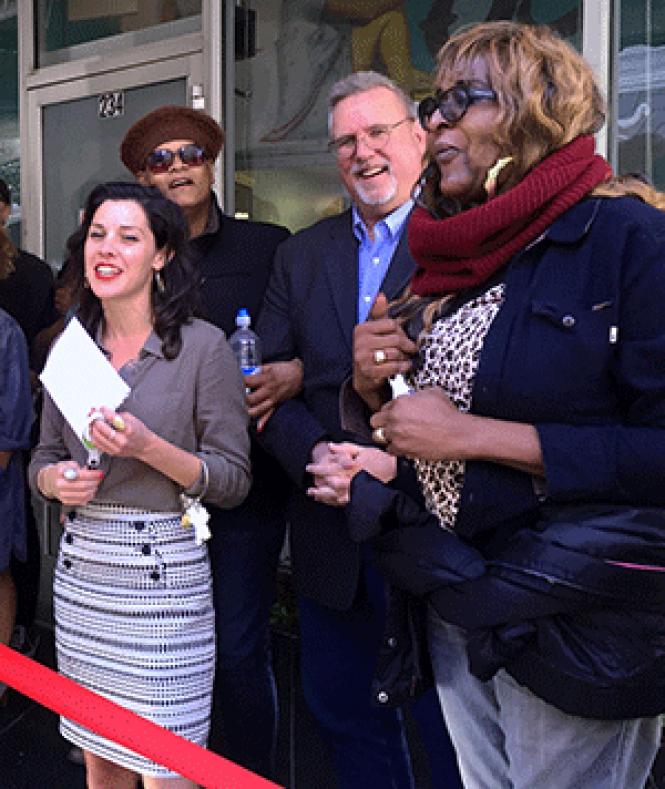 St. James Infirmary, the country's only occupational health and safety clinic run by and for sex workers, has been named this year's recipient of the Pride Community Award recognizing outstanding service to LGBTQ communities, one of the Heritage of Pride awardees selected by the San Francisco LGBT Pride Celebration Committee's board of directors.

St. James Infirmary offers free and confidential services for current and former sex workers of all genders and their families. It serves around 4,000 clients with a staff of 17 and about 25 volunteers, and operates on an annual budget of approximately $750,000, Ashley told the Bay Area Reporter.

Named after pioneering sex worker activist Margo St. James, the infirmary started in 1999 at San Francisco City Clinic and opened its own clinic at 1372 Mission Street in March 2004. This past March the clinic moved to a new location at 234 Eddy Street in the Tenderloin.

In addition to direct services, the clinic also participates in advocacy for sex workers' rights, policy work, public education, and community organizing to fight the stigma, criminalization, and violence that put sex workers at risk.

"Pride's recognition of our clinic and its services helps to legitimize sex work," SJI medical director Dr. Pratima Gupta, an OB-GYN physician at Kaiser-Permanente, told the B.A.R. "The mission of SF Pride is to 'educate the world,' and we are thrilled to enlighten individuals that consensual sex work is safe and should be honored."

Gupta, who was elected earlier this month to a seat on San Francisco's Democratic County Central Committee, gave as an example a California initiative coming up on the November ballot, spearheaded by the Los Angeles-based AIDS Healthcare Foundation, that would require adult film performers to use condoms and require producers to obtain state health licenses.

"Pornography is one of the only legal forms of sex work currently in the U.S., but lobbying groups around California are attempting to regulate the industry, which threatens its very existence," Gupta said. "At St. James Infirmary we are working to educate the public around the concerning potential public health consequences of this ballot measure."

Ashley noted the contrast between SF Pride's recognition of sex workers and the marginalization they too often receive from other LGBT organizations.

"The sex worker community, which is disproportionately LGBTQ, often experiences shame from mainstream society, and silencing from mainstream gay rights movements," she said. "We are grateful that Pride chose to recognize and celebrate the contributions of sex workers this year, and we can't wait to celebrate in the spirit of resistance and continue to fight for racial and economic justice for all San Franciscans."