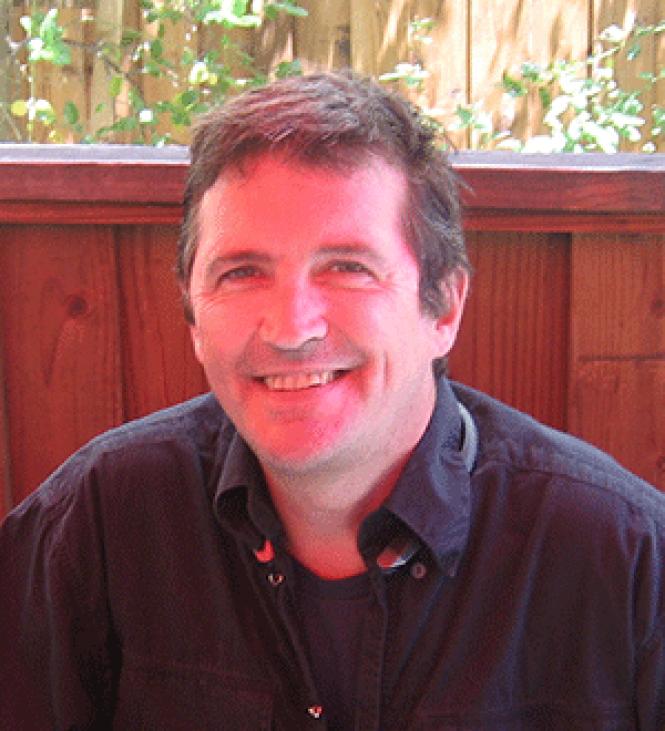 Mike Shriver had one expectation after learning he was HIV-positive in November 1989.

Shriver, 53, beat that prognosis and is being recognized this year by the San Francisco LGBT Pride Celebration Committee with its Lifetime Achievement Award for his AIDS advocacy and activism.

He said he remembers that November date so clearly, because at 26, he was the youngest member of the task force helping to organize the San Francisco International AIDS conference, to be held the following year.

He said that he had to reveal the news to the planning committee.

"It was very surreal, but I had no time to think about it as we had a tremendous responsibility, so I just kept focusing on the work," he said.

Despite being in the center of the epidemic, he would not be overwhelmed or defeated by it, even after testing positive for hepatitis C in 1990.

"I have been living with this virus for 30 years and I wake up every morning bearing the physical reality of having it," he said.

HIV has shaped most of Shriver's adult life. Arriving in San Francisco in 1987 after finishing graduate work at Notre Dame University, he went to his first ACT UP meeting â€" his proudest moment was shutting down the Golden Gate Bridge in 1989 as an act of civil disobedience â€" and signed up to train as a practical support volunteer at the Shanti Project.

It has been nonstop work ever since, starting as a specialist at the old 18th Street Services, which worked to prevent gay men using speed from contracting AIDS. Stints at the Tenderloin AIDS Network (later Resource Center) focusing on needle exchange programs would lead to then-Mayor Frank Jordan appointing him as a city health commissioner, but not before Jordan had him arrested a year earlier. ACT UP opposed Jordan's budget cuts, which would have decimated Ryan White funding, by occupying his office as a protest.

He then became executive director of the old Mobilization Against AIDS, leading the candlelight vigils, at the time one of the largest grassroots AIDS activities.

Shriver moved to Washington, D.C., where he became deputy director of federal HIV policy in the Clinton administration. He returned to San Francisco as co-director of UCSF's AIDS Policy Research Center. Then-Mayor Willie Brown asked him to be his special adviser on HIV/AIDS policy.

Shriver later retired for health reasons, but after successful interferon treatments saved his liver, he joined the board of directors of the National AIDS Memorial Grove in 2009, serving on its fund development committee, as well as being co-chair of the grove's World AIDS Day events in 2009, 2010, and 2011. He is an honorary trustee of amfAR as well as a board member of the Castro Country Club.

John Cunningham, executive director of the AIDS grove, did not respond to a request for comment by press time.

What excites Shriver today is the possibility of ending the AIDS epidemic in San Francisco in the next 10 years. The city's Getting to Zero initiative aims to reduce new infections as close to zero as possible.

"I love San Francisco because it's in this city, more than any other, that the impossible is possible. The lesson of AIDS is that change had to be possible," Shriver said. "No is not an acceptable answer. Single individuals and communities do change. I've seen it everywhere and that is what gives me hope. I want a future where young gay men are not afraid of sex or staying connected with someone if they are HIV-positive."

The AIDS grove has been Shriver's focus for the last decade.

"This is the only time the U.S. has created a national memorial to an issue or an event that is ongoing," he said. "When the epidemic is over we will be the one entity left standing with AIDS in the title, so we have begun video archiving different communities and survivors, with their response to HIV."

Last year the grove honored the leather community and this year the focus is hemophiliacs, he said.

"We have to be the repository of the story because our generation will eventually pass and I want my nephew, Dylan, to know objectively what his Uncle Mike saw and experienced, why they let it happen, why they didn't care and what we did, so he doesn't have to undergo our trauma when he has his Zika, Ebola, or issue du jour," he added. "We can never forget or stop telling people what it was like, otherwise we accomplish very little."

When Shriver was asked what his message was to younger LGBTQs he replied, "I would remind them that they have an ethical responsibility not only to know, but to honor that history," he said. "We are surrounded by people who have actually changed the course of history. And these people, these heroes, are all around us. I have had the incredible fortune of being surrounded by such heroes.

"Secondly, the struggle is never over. There is always work that needs to be done," he continued. "Our lives, our dignity, and our survival are too important to be taken for granted. We need to be vigilant and always engaged in the struggle for equality â€" we neither have the luxury to relax in our activism nor do we have the right to become complacent. There is too much at stake."

Shriver said he thought at first that his receiving SF Pride's Lifetime Achievement Award was "a joke."

"There are so many who deserve it more than I," he said. "All I can think of is that this work had to be done, despite ongoing AIDS fatigue. I'm just one of thousands who have done it and I have been surrounded by amazing people, who never said no or why and just did it."

Shriver said that he has reached back to his Irish Catholic upbringing.

"There is this Catholic concept of a calling, that once you find what you are supposed to do, you keep doing it," he said. "I persevere to honor the fallen gay men who preceded me and to make life better for the generations to come. In 1992 my best friend Patrick Leach, the founder of ACT UP at SF State, died. There have been many Patricks in my life and I represent them. I'd like to believe that they will be riding with me in my convertible during the parade."