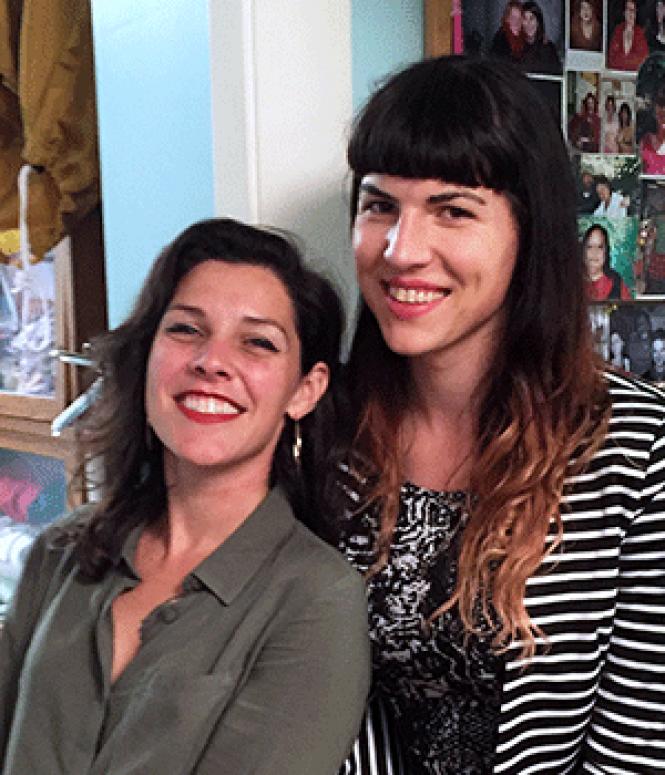 Satya, a 25-year-old queer transgender woman, is excited to be selected for the honor bestowed upon her by the board of the San Francisco LGBT Pride Celebration Committee.

"I feel super excited and elated to be chosen this year," said Satya, who is proud to be selected under this year's San Francisco Pride theme, "For Racial and Economic Justice."

"I love to have any excuse to talk about racial and economic justice, so the fact that it is the theme feels magical and perfect," she said, pointing out that it "isn't enough if the only day we think about that is on Pride."

"It's not enough if we are not tying that to different movements and giving them visibility," continued Satya, who plans to use her platform as grand marshal to support Black Lives Matter, the organization grand marshal, and other racial and economic justice leaders and organizations.

"Pride isn't just about LGBT rights, it's about complete liberation for all people," she said.

Satya recently completed a training program at Emerge California, which works to elect Democratic women to office. She was the first trans woman to graduate from the program.

Bay Area Reporter that she is proud of Satya.

Being in San Francisco is a hard-earned dream for Satya, who grew up in a white working class "very" conservative Southern Baptist family in Texas.

As someone who was "very visibly queer" and who "transgressed gender" in the "middle of nowhere" in the Lone Star State, she didn't fit in, but she "somehow miraculously survived high school."

She threw herself into activism.

"I wanted to help people. I wanted to help animals," said Satya, who started advocating on behalf of whales and seals and speaking out against war when she was about 14 years old in middle school.

"I never knew that living life as a trans woman was a possibility and I also didn't know that I could make a career out of fighting for progressive policies," she said.

Back then, listening to her "conservative relatives" who used San Francisco as an "example of how everything that was wrong with the country and how it was becoming gay-friendly and appealing to liberals," Satya knew where she had to go. "It sounded like a fun place to be," she said.

As soon as she graduated high school she made her way to San Francisco with stops in Austin, Texas and San Diego before landing in the city by the bay.

"I moved here to find community and safety and I found that," said Satya, who was 19 at the time. She realizes that many LGBT youth who move to the gay centers of the United States, "don't have the same luck at succeeding that I've had."

That luck wasn't handed to Satya, but even so she recognizes her privilege as a white person helped her along the way.

"First I dealt with a lot of homelessness, discrimination, [and] violence before I eventually found a career and housing," she said.

Today, she's the director at Transitional Age Youth San Francisco, a collaborative network of city departments, service providers, and youth to improve the outcomes for the city's transitional age youth, according to the organization's website.

For about two years she was homeless off and on and struggling living on about $15,000 a year in one of the most expensive cities in the U.S. She's watched as her friends have been pushed out of the safety of San Francisco to Oakland and then farther out into other East Bay cities.

During hard times there were people who helped her along her journey.

"I am only able to do the work that I'm doing now because of hundreds of community members who believed in me and supported me," said Satya.

She hopes to inspire other transgender individuals, like herself, especially youth, to continue their education and "fighting for their survival," through living her story, she said talking about the Hulu documentary, What's the T?

The documentary is available June 24, according to the website.

"Honestly, sometimes that has been the only thing that has gotten me through really hard weeks is knowing that I have hundreds and probably thousands of LGBT youth already around me [and who] have been inspired by me," said Satya.

Making her peers proud is exactly what she is doing but she is also uplifting them to be the change they envision.

In addition to completing the Emerge program, Satya graduated last month with her bachelor's in public policy from Mills College in Oakland.

She isn't wasting any time implementing her political skills. At the beginning of this year she founded All Out: The LGBTQ+ Political Pipeline, a group to connect, inspire, and train LGBTQ youth to create change, according to its Facebook page.

"I hope to continue to live out those values and to make that happen [in] incremental ways that will have monumental impact," she said.

Ellis believes that Satya will fulfill her goals. During her brief tenure on San Francisco's political scene, Satya has been able to secure free Muni for 40,000 low-income youth and created LGBT diversity training for 9,000 city employees. She also led a youth engagement strategy that secured more than $150 million annually for services for children. She's also served on more than 10 committees in five city departments.

Satya does plan to run for political office, but she wasn't ready to reveal when and for what seat.

"I fell in love with this city and I still have a commitment to stick around," said Satya.