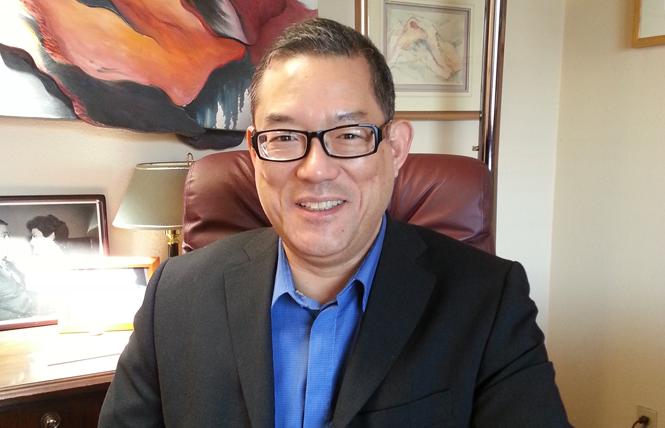 In a continuing effort to receive support from readers, the Bay Area Reporter has launched its membership program.

Memberships offer people a way to financially support the 49-year-old LGBTQ weekly. The program follows the paper's successful crowdfunding campaign earlier this year that raised $30,000 after the paper lost much of its advertising due to the pandemic.

Publisher and owner Michael Yamashita wrote to all those who donated through the Indiegogo campaign, and noted many wanted a way to continue contributing.

"We've listened to your feedback and we've invested in building a membership program that is becoming standard for many news publishers," he wrote. "Creating the infrastructure was complex but we couldn't have achieved this without you."

In conjunction with the new membership drive, the B.A.R. also rolled out a revamped newsletter this week, hoping to increase reader engagement.

As previously reported, the B.A.R. was recently accepted for membership by the California News Publishers Association. During a conference call earlier this month Yamashita was appointed to the organization's board of directors by board chairman Simon Grieve. Yamashita is filling a vacancy.

Yamashita is believed to be the second out gay man to serve on the CNPA board. Chuck Champion with CNPA said that Ted Fang, a gay man and the former publisher of the San Francisco Examiner, served on the board about 20 years ago.

"We're delighted to have Mike on the board," Champion told the B.A.R. Tuesday.

In other news, Yamashita said that the B.A.R.'s content has been approved for news feeds on Google News, Apple News, and SF Gate, which Yamashita hopes will increase traffic to the paper's website.

The website, at www.ebar.com, has seen an uptick in traffic since the COVID-19 outbreak, more than doubling in the last several months. The news and arts sections regularly post numerous articles in between print editions, both as a way to keep the community informed and because of the reduced page count in the physical paper. With many people continuing to work from home, the website has broken news and updated important stories.

"As the news industry joins so many others in moving more and more quickly into virtual space, we've had to adjust our deadlines to meet the demands of our audience," noted B.A.R. assistant editor John Ferrannini. "And because what's in the news is affecting us in so many personal ways — now compared to before the pandemic — our audience is right to demand that we stay on top of how our community is being affected by COVID-19, by the economic crisis and by this generational call for racial, economic and political change."

Yamashita said a phone app is in the works.

He said reader support is vital, given that print advertising is still way below pre-pandemic levels.

"Together we can make sure our community's voice continues to resonate," Yamashita wrote. "The journalism we provide is too important not to."

Register for our weekday email newsletter at https://www.ebar.com/subscribe/

Register and become a sustaining member at http://www.trypico.com/bayareareporter