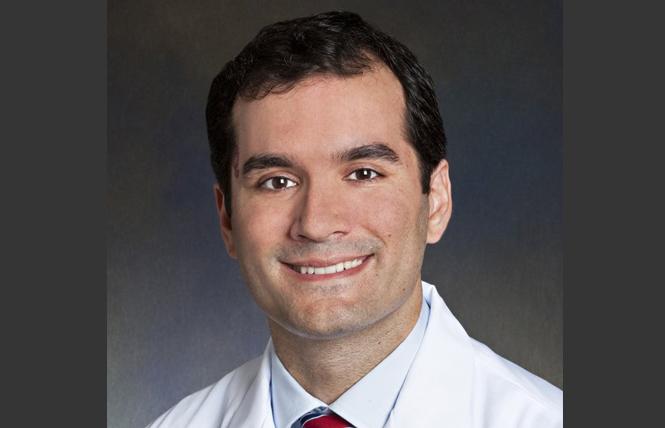 Although these studies were unable to evaluate specific risk factors, the researchers suggested that more frequent use of tanning beds by gay and bi men may play a role.

These results highlight the importance of including questions about sexual orientation and gender identity in health surveys, according to lead study author Dr. Arash Mostaghimi, a dermatologist at Brigham and Women's Hospital in Boston.

"It's absolutely critical that we ask about sexual orientation and gender identity in national health surveys; if we never ask the question, we'd never know that these differences exist," Mostaghimi said. "Historically, this kind of health variation was hidden, but we now recognize that it's clinically meaningful. ... As a next step, we want to connect with sexual minority communities to help identify the cause of these differences in skin cancer rates."

Mostaghimi and his team looked at links between sexual identity and gender identity and the lifetime prevalence of skin cancer in the United States.

Around 3.3 million people are diagnosed with skin cancer each year, making it by far the most common type of cancer, according to the American Cancer Society. Although most skin cancer can be removed or treated, melanoma — which accounts for about 1% of all cases — can be deadly.

The researchers used data from the Behavioral Risk Factor Surveillance System, a telephone survey conducted by the Centers for Disease Control and Prevention that collects information about health behaviors and risk factors from around 450,000 adults each year.

Starting in 2014, the BRFSS has featured a module of questions about sexual orientation and gender identity that states can decide whether to ask or not. These studies included data from 37 states. Although rumors have surfaced in recent years that the CDC plans to remove this module, an agency spokesperson has denied that this is the case.

Among the women, 6.6% of heterosexuals, 5.9% of lesbians and 4.7% of bi women reported ever having skin cancer. Bi women were 22% less likely to have had skin cancer than heterosexual women.

The BRFSS survey did not collect information about skin cancer risk factors including exposure to ultraviolet light from the sun or indoor tanning beds. However, some smaller studies have found that gay and bi men are more likely to use tanning beds — and these facilities are more likely to be located in gay neighborhoods — while lesbian and bi women are less likely to do so, the researchers noted.

"Patient education and community outreach initiatives focused on reducing skin cancer risk behaviors among gay and bisexual men may help reduce the lifetime development of skin cancer in this population," the study authors concluded. "Continued implementation of the BRFSS's sexual orientation and gender identity module is imperative to improve understanding of the health and well-being of sexual minority populations."