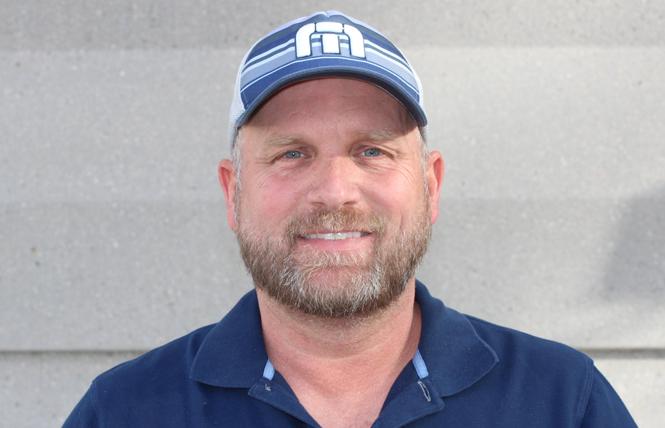 Sports are beginning to open up registration for the 13th annual Sin City Classic in Las Vegas, scheduled for January 16-19, with an expanded list of sports.

Tournament director Ken Scearce said organizers expect the new decade will open with a modest uptick in registrations (previously the event drew about 7,000 but projections for 2020 are 7,200), bolstered in part by four additions to the sports lineups: basketball, which had been on a hiatus but is now returning; indoor rowing; two kinds of dart tournaments, soft tip and metal tip; and Spikeball, aka roundnet, an up-and-coming sport in which players bounce a ball off a small, taut, round net to ... well, you just have to see it if you aren't playing it.

Scearce was involved with Sin City Classic since its inception as the Sin City Shootout and took over as event director for 2018 when it underwent a name change. He said his organizational work for Greater Los Angeles Softball Association (the event's sanctioning body) and the North American Gay Amateur Athletic Alliance prepared him well for his role, and this year he's applying what he learned from his tournament involvement.

"The last two years the branding wasn't as visible as it needed to be and onsite education of staff wasn't what it needed to be," Scearce said. "We're continually working on branding at the hotel and finding locations where we can congregate when we're not competing. We've worked on the signage, the staffs are more aware of who we are. We tripled our sponsor support in 18 months. We want to keep things affordable and close by."

Scearce, 49, said he grew up in Virginia with no father, but his grandmother encouraged him to join sports, leading him to join Little League baseball when he was 10.

In 1996, he said, he saw a newspaper ad recruiting athletes for a gay softball team.

"I'd been out for two years and in my first relationship," Scearce said. "My partner was really an artist. I said I wanted to get involved and he encouraged me."

Scearce signed up and soon found himself playing in a tournament in Philadelphia. Light bulbs went off.

"There weren't any out gay individuals in sports that reminded me of myself until I went to that first tournament," he said. "It was very enlightening. And then the Gay Softball World Series really opened my eyes. To see it at that level — I mean, they were really good. I've made hundreds of friends that I have through NAGAAA who have really helped me as an out athlete."

Scearce was in Georgia his last year of high school. Awhile after joining gay softball, his team played at a tournament in Georgia. His family, not really knowing what to expect, went to see him play.

They had one question during the tournament, Scearce said. "'Is everybody like Kenny?' they wanted to know," he said.

Scearce said gay softball helped him with more than coming to terms with his sexuality. It opened up his awareness of the world around him and the value he held inside.

"As a person who didn't travel much, it's allowed me to travel in the U.S. and see almost every big city," Scearce said. "The first person I met in softball 24 years ago is my best friend today. I've been to 23 gay World Series. I'm fortunate now to be a leader."

Rice marching band shows the love
Months ago, Rice University's marching band, known as the MOB, had decided it would use a "Star Wars" theme for the Saturday, September 21, football game against Baylor. But according to the Houston Chronicle, that plan was banished to a galaxy far, far away in favor of one to put on a show of support for a gay student organization that had once again been denied recognition by Baylor because of the university's sexual conduct code, which moralizes against "heterosexual sex outside of marriage and homosexual behavior."

"We just think that's kind of ridiculous," team spokesman Chad Fisher told the Chronicle. "And so we all got to our show writing meeting, and we were like, 'Oh my gosh, this is like exactly what our show needs to be about. We absolutely need to call Baylor out for this.' From there, it just kind of happened."

The marching formation spelled out the word, "PRIDE," the band played the Village People's hit "YMCA," and students ran on the field with 70 rainbow flags donated by the community.

Now that, folks, is what I call a Pride march.