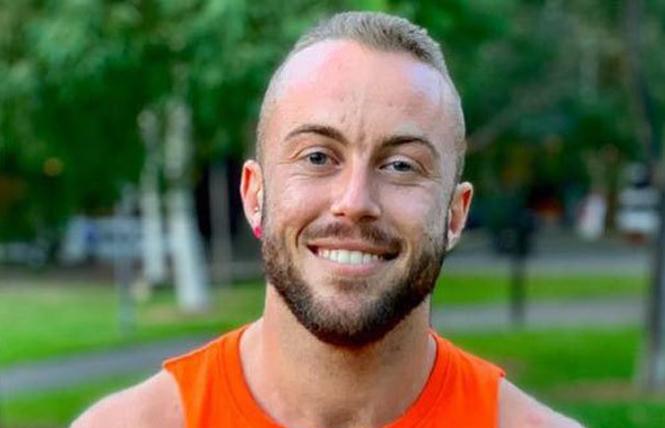 An Australian man said he acquired HIV while taking on-demand PrEP before and after sex, which could represent the latest in a handful of cases of failure of the prevention pill.

Sydney resident Steve Spencer, 27, who was among the first to take PrEP in Australia, went public with his HIV-positive status at the Sydney Mardi Gras parade March 2. He discussed his recent seroconversion in an interview in the Star Observer, an Australian LGBT publication.

In the wake of the announcement, medical experts, community health advocates, and Spencer himself emphasized that PrEP failures are very rare and it remains a highly effective HIV prevention method.

"I don't like to use the term 'PrEP failure,' which is thrown around in these cases, because PrEP is anything but that. PrEP is an enormous success — it is protecting hundreds of thousands of people from HIV in an empowering way," Spencer said.
PrEP advocate Damon Jacobs concurred.

"I don't think this means anything different in terms of our understanding of on-demand PrEP," he told the Bay Area Reporter. "You are still more likely to die from the flu than to get HIV when using PrEP as prescribed."

Once-daily Truvada (tenofovir DF/emtricitabine) is the only PrEP method approved by the U.S. Food and Drug Administration. However, large randomized studies have shown that intermittent PrEP also reduces the risk of HIV infection by around 90 percent.

Also called PrEP 2-1-1, this approach involves taking two Truvada tablets at least two hours — but preferably 24 hours — before having sex, another pill 24 hours later, and if done having sex, a final pill another 24 hours after that.

Should they be on vacation for a week, and plan to have sex during the entire time, then they would continue to take one Truvada pill every day of their break. When done with their vacation, they would need to take one last dose of PrEP 48 hours after their last sexual encounter.

Australian and European guidelines include on-demand PrEP for gay and bisexual men. Some U.S. centers are starting to offer it off-label, including the San Francisco AIDS Foundation's Strut clinic in the Castro.

"PrEP continues to be the most effective primary prevention strategy available to our community," SFAF CEO Joe Hollendoner told the B.A.R. "While we look forward to learning additional information about this recent case, we remain confident in the science that shows taking PrEP medication daily or using a 2-1-1 strategy as directed by a trained medical provider is highly effective at preventing HIV infection."

Case not yet documented
To date, the only public information about Spencer's case is his own self-report. As recommended, he received routine HIV and sexually transmitted infection testing while on PrEP and was diagnosed in mid-December, he said. He began antiretroviral treatment immediately and soon achieved an undetectable viral load.

"Judging by my viral load and the timing of my last tests, we can safely assume that my seroconversion occurred only a matter of weeks before my diagnosis," Spencer told the Star Observer.

Spencer declined to discuss the specifics of his sexual activity.

"Questions around 'how' often come from a place of genuine intrigue or concern for oneself — the anxiety here is that PrEP users will want to know what happened so that they can avoid the same outcome — however the information is then often sorted to define how 'acceptable' or 'bad' the person's seroconversion is," Spencer said. "Because we don't know the precise time or circumstances of my seroconversion, we cannot know, with absolute certainty, how I got HIV, and I will probably never truly know."

A small number of PrEP failures have been previously documented — three to seven cases out of an estimated half a million users, depending on what is considered an adequate level of evidence. At the time of the interview, Spencer had not undergone the extensive resistance testing and questioning that experts rely on to document a case, and it is unclear whether further information will be forthcoming.

Dr. Andrew Grulich of the University of New South Wales said that although there have been a handful of cases where an individual adherent to PrEP has become infected, this does not contradict the scientific consensus that PrEP is a highly effective prevention method. He cautioned, however, that on-demand PrEP is not recommended for cisgender women or trans men, as studies have seen lower levels of PrEP drugs in the vagina compared with the rectum.

"PrEP has been a game-changer for HIV prevention," Grulich told the B.A.R. "Together with test-and-treat programs, PrEP is an absolutely critical component of the HIV prevention response. People taking PrEP should have confidence in its extremely high level of efficacy when it is taken as directed."