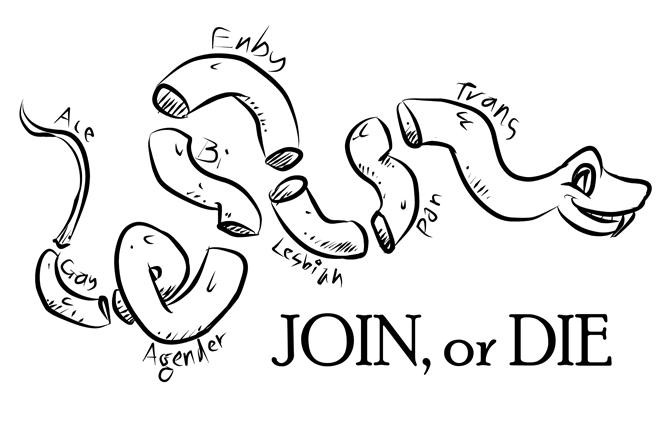 For the last couple of years, I have spent a lot of time warning of the dangers to come. Now I no longer have to. Because, you see, the danger is here.

The U.S. Supreme Court took an unusual action recently, issuing a 5-4 decision to allow the Trump administration's ban on transgender members of the military to go into effect, even as lower courts are still hearing arguments. This could well mean that thousands of transgender people could be discharged.

This, however, gets oh so much worse.

The New York Times reported on a meeting at the White House requested by Virginia "Ginni" Thomas, wife of Supreme Court Justice Clarence Thomas. The president, then still in the midst of the partial government shutdown, allowed it, and met in the Roosevelt Room with her and a number of right-wing activists.

They spoke of many things, reports noted, but the one item in particular I want to focus on is the activists' statement to the president that transgender people — and, for that matter, non-transgender women — should not be allowed to serve in the military.

Clarence Thomas, not surprisingly, was one of the Supreme Court justices who just allowed the transgender military ban to go forward.

While this is going on, anti-transgender activists from the United Kingdom, where they have become notorious for their actions demonizing transgender people, are being flown around the United States. They're meeting up with the Heritage Foundation, an equally noxious anti-LGBTQ organization.

What's more, their views are regressive, not radical, and I am hard-pressed to call their actions "feminist." As they cozy up to groups such as the Heritage Foundation and the Alliance Defending Freedom, I strongly question just how much of their actions are truly feminist in nature.

These actions are all part of a coordinated effort to attack transgender people, fueled by hate groups looking for a convenient and weak scapegoat in the post-Obergefell v. Hodges world. (Obergefell is the U.S. Supreme Court decision that legalized same-sex marriage nationwide.) They have decided that transgender people are just the patsy they're looking for.

That these groups have the ear of the wife of a sitting Supreme Court justice who wields enough power on her own to swing a private meeting with the president of the United States, at a time when the right-leaning Supreme Court is deciding on the rights of transgender people, should terrify you: the flags can't get much redder or much larger.

I think we find ourselves in most perilous times. The military ban is, I feel, not an end, but a beginning, the very first, tentative step toward the total exclusion of transgender people from American society — and, potentially, existence altogether.

So, if you have read this far, you may be wondering what, if anything, we can do about this, and while I worry that it may already be too late for many things, I firmly believe that we need to stand up and push back before we lose everything.

First and foremost, we need our community to come together as one. We are comprised of a lot of different forms of trans and gender expressions and identities, but we need all hands at the table. As Benjamin Franklin put it, "We must, indeed, all hang together, or most assuredly we shall all hang separately."

This means that we need to consider the basics. How can we sustain each other, what can we do to keep well, and happy, and able to be active? What can we do to make sure that we have the resources we need to survive as a whole, and what programs can we put in place now to ensure our continued well-being at a core level? We need to stand ready to assist the most venerable among us.

What's more, this isn't just about transgender people. Many of those organizations named above are anti-LGBTQ, anti-abortion, anti-sex worker, and anti-anything that isn't their narrow view of what is acceptable.

With that in mind, we need to focus on our coalition building. We need to strengthen our ties with the true feminists out there, the sex workers, the larger LGBT-focused organizations, the anti-abortion activists, and civil rights activists of all forms. We need their support, their knowledge, and their resources, even as we provide the same to each of them.

We also need to find political allies. With Democratic presidential contenders cropping up like weeds, it will be key to find and secure our allies now. We need to speak to the candidates and get their support on the record. Find out what they will do — now and in office — for their transgender and gender-nonconforming constituents, and hold them to it.

We also need to find our voice, and we have to take every opportunity to use it. Those who stand against us aren't sitting idly by waiting for the phone to ring, so neither should we wait for the media to come to us. It is vital that we learn to control the narrative.

I've said it before, and I will assuredly say it again: these times are dire, and we need to begin to act as if they are. While we are still here and still breathing, we need to fight as if our very existence is at stake — for it may well be.

Gwen Smith is usually far more optimistic. You can find her at www.gwensmith.com.