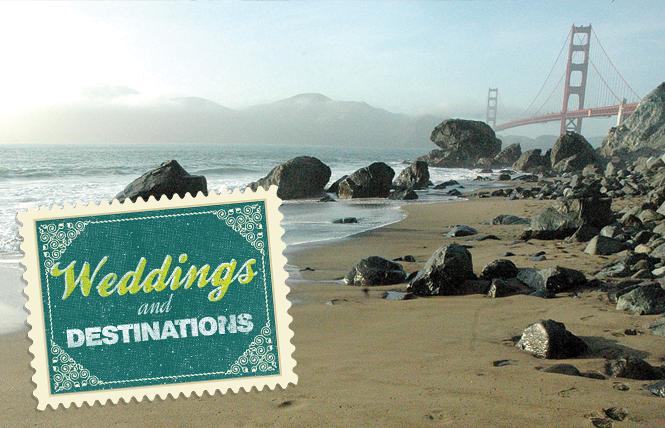 Nicknamed "Bad Boy's Beach," it sits at the bottom of coastal bluffs and provides views of the Marin Headlands across the entrance to the bay. It is also known as North Baker Beach, as it connects to Baker Beach, which is popular with straight sunbathers and families.

A trail restoration project that was completed over a decade ago made it easier for the general public to discover Marshall's Beach. Despite it no longer being as obscure, it still packs in gay sun worshipers seven days a week when San Francisco's famous fog makes a retreat off the coast.

Although the Golden State this year made recreational use of marijuana legal, it is still a crime to toke up at Marshall's Beach as it is on federal land. It is within the jurisdiction of the Presidio, a national park site. 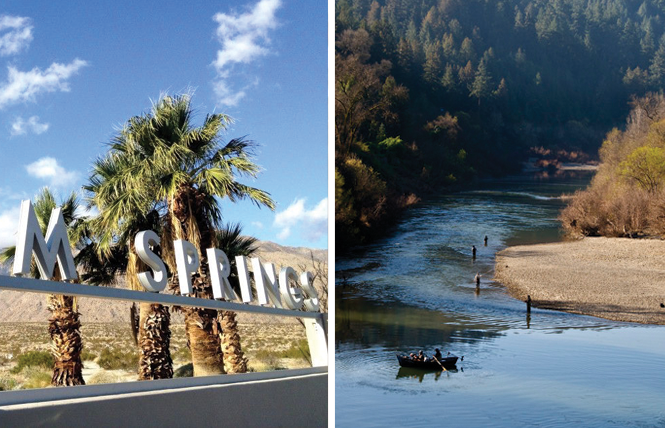 Best Domestic Getaway
Palm Springs
Marking its third year in a row as the winner in this category, Palm Springs continues to lure gay men to the Coachella Valley and its desert climate. The city's reputation as an LGBT oasis received international attention last fall when voters there, for the first time, elected an all LGBT city council.

The election night victories included that of the first transgender person to win a city council seat in California. This fall, the city could make history again by electing the first LGBT state lawmaker from the area.

With a host of men's-only resorts, many clothing optional, a thriving LGBT nightlife scene, and the cooler temperatures of the San Jacinto Mountains mere miles away, Palm Springs offers plenty of options for those looking to book a getaway. Throughout the year the town hosts LGBT events specifically for lesbians, bears, leather folk, and gay men of color, with everyone invited for the annual Pride celebration in early November.
http://www.visitpalmsprings.com/.

Best Local Getaway
Russian River
Another perennial favorite is Sonoma County's Russian River area. At its heart is Guerneville, with its gay-owned or gay-friendly lodging options and a main street revived in recent years by LGBT business owners.

This marks the third year in a row that B.A.R. readers have named the North Bay region their favorite local getaway for a day trip or weekend stay. Whether it is to soak in the river or at a resort pool, or spend a day winery hopping or hiking in the nearby state and regional parks, the Russian River is an outdoors lovers' dreamscape.

Although the organizers of the annual Sonoma County Pride parade relocated the June event this year to Santa Rosa, Guerneville will host its own Pride celebration over the August 24-26 weekend as a bookend to the summer season.
https://russianriver.com/. 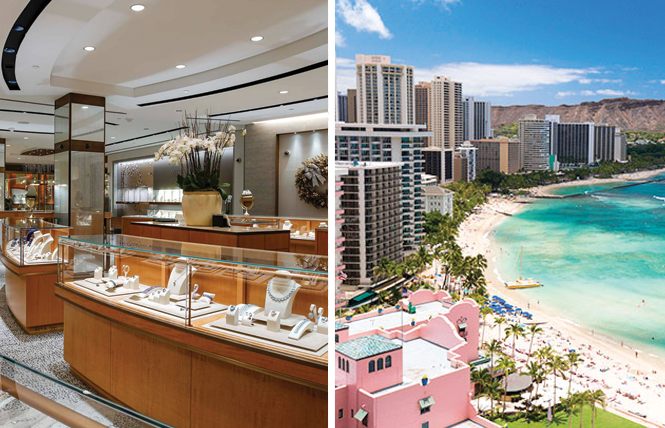 Best Honeymoon Destination
Hawaii
Once the "I dos" are said and the wedding reception is a wrap, LGBT newlyweds say "aloha" to the Hawaiian Islands to celebrate their nuptials in Polynesian style.

America's most southern state continues to be a top choice among B.A.R. readers for a honeymoon destination. Whether it is the gay-friendly Waikiki district on Oahu or the LGBT-welcoming resorts on Maui, the Aloha State continues to offer a friendly hello to same-sex couples.

Flights from the Bay Area on various airlines to the country's 50th state can easily be booked from one of the three airports in the region. The prices for most flights have fallen this year, allowing honeymooners a chance to save some money.
http://www.gayhawaiiwedding.com, http://www.gogayhawaii.com.

Best Place to Buy Rings
Shreve & Co.
A past winner in this category, Shreve & Co. has called San Francisco home since 1852 when it opened to outfit those who had struck it rich during the gold rush with watches and jewelry. Not only business tycoons and wealthy locals but also American presidents have sported pieces bought at the business. The city of San Francisco presented Theodore Roosevelt a 10-inch tall solid gold Teddy bear made by Shreve.

But even this pantheon to wealth couldn't compete in today's economy supercharged by tech dollars. The company was forced to leave its original home in 2015 and open a new flagship store nearby. The relocation did not dampen locals' love for this homegrown institution.
Shreve & Co., 150 Post Street, San Francisco, 415-421-2600. https://www.shreve.com.

Housed in the Stock Exchange Tower, the 11-story building was designed by the noted San Francisco architectural firm Miller & Pflueger. Opened one year after the stock market crash of 1929, it housed the offices of brokers who worked on the trading floor of the former San Francisco Stock Exchange across the street.

Today, the private club occupies the building's 10th and 11th floors, connected by a beautiful grand staircase. Couples are welcome to book their wedding reception in its art deco interior spaces and utilize the on-site catering services to plan their affair with ease. Its rooftop, with views of downtown San Francisco, offers a stunning backdrop for wedding photos.
City Club of San Francisco, 155 Sansome Street, 10th Floor, San Francisco, (415) 362-2480. https://cityclubsf.com/weddings/. 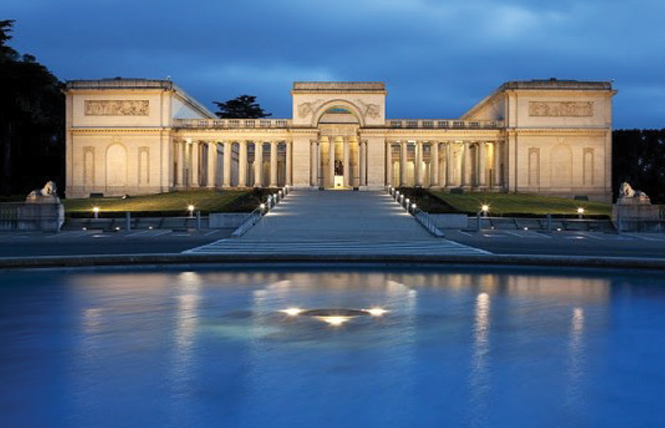 Best Wedding Venue
Legion of Honor
With San Francisco City Hall an annual favorite in this category, the B.A.R. switched things up in the voting this year, resulting in the Legion of Honor going from runner-up to winner. The Beaux-arts building, located in San Francisco's Lincoln Park, is home to the city art collection's ancient and European art holdings.

Overlooking the Pacific Ocean, the museum provides breathtaking views of both the city's manmade and natural landscapes. Part of the Fine Arts Museums of San Francisco, the Legion is a much sought after location not only for weddings but all manner of celebrations.

Couples have the option of renting out the entire museum building or merely one of its terraces or the Rodin galleries, home to the sculptures of Auguste Rodin. There are some stipulations, such as no one under the age of 21 will be able to attend, and the ceremony will either have to occur on a Monday, when the museum is closed, or after 6:30 p.m. the rest of the week.
Legion of Honor, 100 34th Avenue in Lincoln Park, (415) 750-3698. https://legionofhonor.famsf.org/about/rent-legion-honor/weddings-legion-honor.