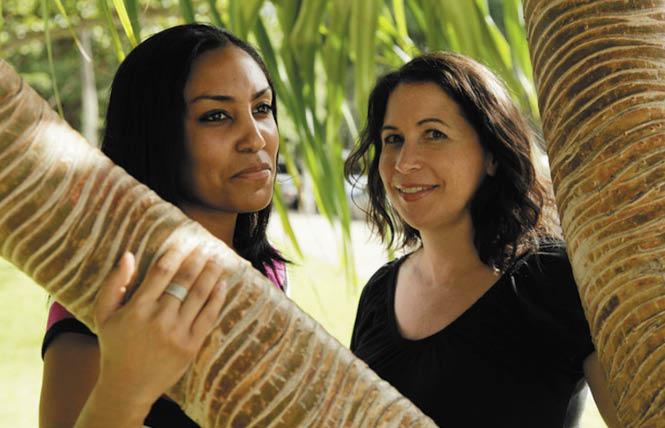 The U.S. Supreme Court said Monday (March 18) that it would not hear an appeal from the owner of a bed and breakfast in Hawaii who refused to accommodate a same-sex couple.

The rejection represents a small victory for LGBT legal activists who have found themselves defending against a growing number of businesses seeking the right to discriminate against LGBT people by claiming their religion requires them to do so.

As Peter Renn, a Lambda Legal Defense and Education Fund attorney who represented the lesbian couple, explained, there were several procedural arguments against the Supreme Court taking the appeal and "we cannot interpret what precisely motivated the Supreme Court's denial" of it.

"But the Supreme Court's action today lets the lower court decision stand, and that [action] reaffirms the basic proposition that the freedom of religion does not give a broad license to discriminate in violation of non-discrimination protections."

By not taking up the appeal, the Supreme Court leaves the state court decision untouched, without comment for or against. So the question of whether business owners can cite their religious beliefs to refuse public accommodations to LGBT people is still a live question.

It was not answered by the decision the Supreme Court issued last year, in Masterpiece Cakeshop v. Colorado. In that 7-2 opinion, the majority said the Colorado Civil Rights Commission had demonstrated "clear and impermissible hostility toward the sincere religious beliefs" that cake baker Jack Phillips said motivated him to refuse service to a same-sex couple seeking a wedding celebration cake. It did not rule on whether Phillips had a right to violate non-discrimination laws by citing his religious beliefs.

There were some similarities between the Masterpiece case and the Hawaii case, Aloha Bed & Breakfast v. Cervelli. The business in each case was defended by Alliance Defending Freedom, which has pressed several other cases specifically challenging laws that prohibit sexual orientation discrimination.

The Hawaii case began 12 years ago, when a lesbian couple from Long Beach, California, tried to make a reservation at the bed and breakfast in Honolulu but were refused. The owner, Phyllis Young, told the couple, Diane Cervelli and Taeko Bufford, "We're strong Christians. I'm very uncomfortable in accepting the reservation from you" and hung up.

Lambda Legal filed a lawsuit in state court, charging that Young violated the state law prohibiting discrimination based on sexual orientation in public accommodations. The state human rights commission joined them in the lawsuit.

In the state trial court, attorneys for Young argued that, because Young lived at the bed and breakfast, it was not really a place of public accommodation, so shouldn't be subjected to the law prohibiting discrimination based on sexual orientation in public accommodations.

The trial court ruled against Young, and she appealed to the state appeals court. This time, she added an argument that the application of the state non-discrimination law violated her constitutional right to privacy, intimate association, and free exercise of religion.

The state appeals court in February 2018 rejected all those arguments, discussing each at length. It noted the U.S. Supreme Court had held (in Oregon v. Smith in 1990) that "the right of free exercise does not relieve an individual of the obligation to comply with a 'valid and neutral law of general applicability on the ground that the law proscribes (or prescribes) conduct that his religion prescribes (or proscribes).'"

Alliance Defending Freedom pressed this case through the state courts but did not appeal it to the U.S. Supreme Court and did not file a brief in support of the appeal. The case was brought to the Supreme Court by a private attorney in Honolulu, James Hochberg Jr., who argued, among other things, that Young was being denied the right to free exercise of her religious beliefs "in her home" and that the Hawaii Commission on Civil Rights had demonstrated "palpable hostility" toward Young's religious beliefs.

The Supreme Court still has before it another public accommodation case, similar to Masterpiece and Aloha. The third case, Klein v. Oregon, was appealed to the high court last fall by a bakery in suburban Portland, Oregon. The bakery, owned by Melissa and Aaron Klein, refused to prepare a cake for the celebration of a same-sex couple's wedding, claiming a religious exercise need to do so. They said they opened and operated their bakery to express their Christian faith and that they served all customers regardless of sexual orientation because their faith believes all persons are made in the image of God. But they said their faith believes that any marriage other than a male-female marriage is a sin and it would be sinful to celebrate such other marriages.

A state agency ruled that refusal violated the state law against sexual orientation discrimination in public accommodations and fined the bakery $135,000. The state appeals court upheld the agency decision and the Oregon Supreme Court, like that of Hawaii, refused to hear an appeal.

The U.S. Supreme Court has for months had the Klein v. Oregon case on its list of cases to be discussed privately by the justices in conference, just as it did the Aloha case. The Klein case is listed once again, for the March 22 conference. The court could announce as early as Monday whether or not it will hear the appeal.

The Supreme Court could also announce Monday whether it will hear several other appeals in cases involving discrimination against LGBT people, including: three cases testing whether Title VII of the Civil Rights Act can be used to prohibit discrimination based on sexual orientation and gender identity, and Doe v. Boyertown, which asks whether a school policy allowing transgender students to use the high school restroom and locker room consistent to their gender identity violates the constitutional rights of other students.