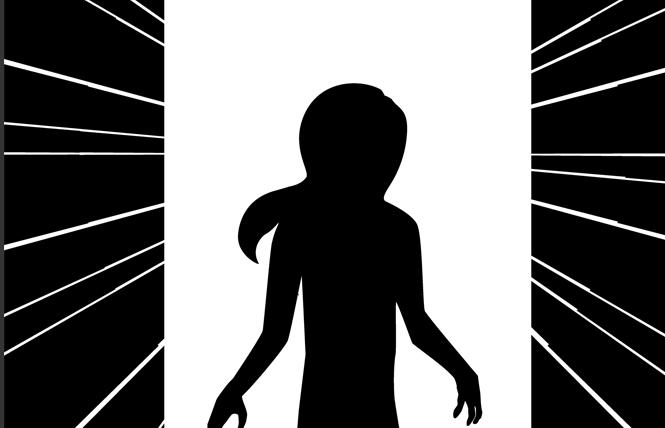 When I was growing up, I had a secret that was so terrible, so shameful, I knew I could never let anyone ever know: I was transgender.

To be fair, the language of the time wasn't as well-defined as that then, and what's more, there really wasn't a lot of information at hand. All I knew was that I felt I should have been born a girl and was instead seen as a boy.

I knew that there was nothing I could do about this. Saying anything about it would only cause shame for my family and would likely get me kicked out of the house. Any bullying I was already facing would only intensify.

The only thing I could ever do was try to hide things away as well as I could and just cope with what everyone else thought I was. That would be, I felt at the time, an easier path.

I may have been fairly correct for the time. Transgender people were still little understood. While I'm not entirely sure if I would have been disowned, I know that my parents did not talk with me for a couple of years when I finally did come out. I dealt with a lot of abuse, struggled to stay employed, and was largely removed from a lot of mainstream life.

It's not outside the realm of possibilities that coming out when I was a teen, or even when I was a younger child, when I first began to have the words to understand what I was going through, would have led me down a very dark and difficult path. As such, I don't blame myself for the choices I had to make then to survive.

But as a child — and even as an adult — it's hard to divorce the idea of what you are facing now with what you might face forever. That I was who I was then was, I assumed, who I would be forced to be forever. I lived with this deep guilt and shame, as I tried to push down core parts of my identity and continued to wear a carefully constructed mask.

As I have tried to explain many times to those who may be less familiar with transgender people, we don't become men or women. We are who we are, even as our bodies betray us. Our identities are far more than skin deep and as core to us as they are to anyone.

Many like to think that all transgender women do is toss on a dress and apply a little lipstick to be a woman, then expect to be accepted. This ignores the years, often decades, where we fight through our feelings, trying to make the best of our lives, navigating the pain and sorrow and guilt we hold deep within ourselves, even long before we might even dare to be seen for the first time in public.

It's also a rather misogynistic attitude, assuming that transgender people view their own womanhood — and womanhood in general — as little more than a change of clothing and a dash of makeup. That viewpoint, to me, says far more about the person sharing it than it ever will say about a transgender woman.

I'm aware, too, that this attitude isn't often applied equally to trans men or nonbinary transgender people. Those who are opposed to transgender rights, aside from a growing minority of people who are arguing that trans activists are turning people's innocent daughters into transgender men by doing insidious things like "existing" and "being out," tends to heavily focus on trans women — but I digress.

It's been quite a few years since I was a young child, feeling lost, overwhelmed with guilt and fear. I've lived my truth for more than half my life now, transitioning in the later years of the Clinton administration.

I recently was invited to interview for a new job at a tech firm, a two-hour videoconference with six employees peppering me with questions ranging from the usual interview chestnuts about how I might handle specific situations to queries about what Pokémon GO team I'm in.

While I may have never said, "Oh hey, I happen to be transgender," I know that my very work and volunteer experience would out me just as easily as uttering such. There was simply no way to hide my identity and tell my employment history — not that I would wish to — now.
Less than a day later, I had a job offer.

While I feel I got the position based on my skills, I think that had I not been as open about my experiences as a trans person, and the work I have done to further trans rights, I may not have been offered the position.

I may not be able to go back and tell myself, as a child, about this experience — but I can tell those who are struggling today: there's always hope for change. It may not be easy, and you may not even be able to start on things right this moment — but it can happen, and doing so may be the key to worlds you'd never imagine.

Hold tight to hope, it's more powerful than shame could ever be.

Gwen Smith is Team Mystic. You'll find her at www.gwensmith.com.