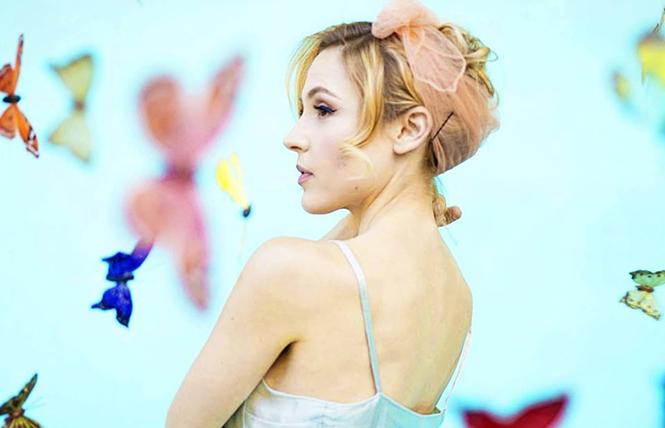 Samantha Sidley cuts to the chase in her just released single "I Like Girls." The song's video begins with a tight close-up of her face. "I like girls!" she proclaims, before she starts singing.

"Butchie girls, rugged girls, girls in pearls, girlie girls, girls from all over the world," she sings. Sidley, who will be performing at The Rickshaw Stop on August 30 is, you guessed it, an out, proud lesbian. She's touring in promotion of her new album, Interior Person.

"I believe in directness," Sidley tells the Bay Area Reporter, speaking of her new single. "No need to beat around the bush."

Sidley said that reaction to the song has been mostly positive. She hopes that the song will serve as an inspiration to young lesbians. 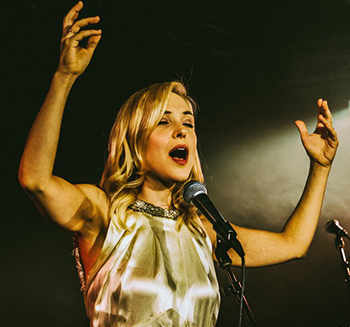 "I got more likes on Instagram for that song and video than I have for any other post," she said.

Sidley assumes that most of her audiences are LGBTQ, but says that she would welcome straight audiences because love is universal. She notes that gay people have had to listen to music from a straight perspective for a long time and have been able to relate to the music. Why then, couldn't straights relate to a song from a lesbian perspective?

Sidley's music has a strong retro pop/jazz sound. The tone of "I Like Girls" suggests a smoky nightclub of the 1940s or '50s.

"That would be my dream come true," she said. "My favorite kind of venue is where everyone has a cocktail, and maybe they had dinner before the show, and then I come in and do a show. I like it old school. I'm trying to bring that back."

Sidley grew up listening to jazz and counts jazz greats Billie Holiday, Ella Fitzgerald, Anita O'Day, Sarah Vaughn, Carmen McRae and Ray Charles as among her musical influences. She even throws a bit of country/pop into the mix.

"I love Dolly Parton," she said. "She's been a huge influence for me. And Judy Garland. I think I have a voice fetish. I just love unique, authentic singing. I love storytelling in songs, I hear the emotion in it. I can understand my feelings better. I can process whatever I'm going through better." 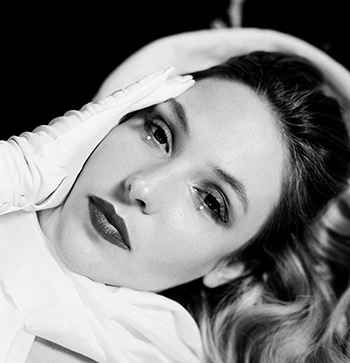 "If you're an artist or a politician or anybody with some sort of platform to speak in —and we all have that now because of social media— it's so important to break that cycle of oppression and repression and to let people know that it's normal to be gay," she said. "It's normal to be queer, it's normal to be whatever you are. And there are just as many of us as there are people who consider themselves normal and straight. And if you're able to spread your message you have to do it. It feels really good to be honest."

Sidley has been married for seven years, though she and her wife have been together for ten years. Her wife, Barbara Gruska, is a musician and performer in her own right, and the couple have toured together. Gruska produced Sidley's album and turned Sidley's childhood bedroom into a music studio.

"It's just as much her record as it is mine," Sidley says of her album. All of the songs on the album are original songs, except one, a Beach Boys cover titled "Busy Doin' Nothin'." She said that she loves doing covers.

"I could die and go to heaven," she says of having her first album out there. "I'm just ready to tour this record and work this record as hard as I can. And make more!"

Sidley hopes to sing at Carnegie Hall one day, where she would give a performance in the style of the legendary show that Judy Garland.

"All of my songs are different and come from different eras," she said. "It's like putting on clothes. I don't really stick to anything. I just like what I like and if it sounds good in my voice, I'll do it."

Sidley hopes that newbies will come to her Rickshaw Stop show, and promises everyone a good time.

"I promise I'll make you smile," she said. "And I hope a boy covers "I Like Girls" and changes the pronouns."