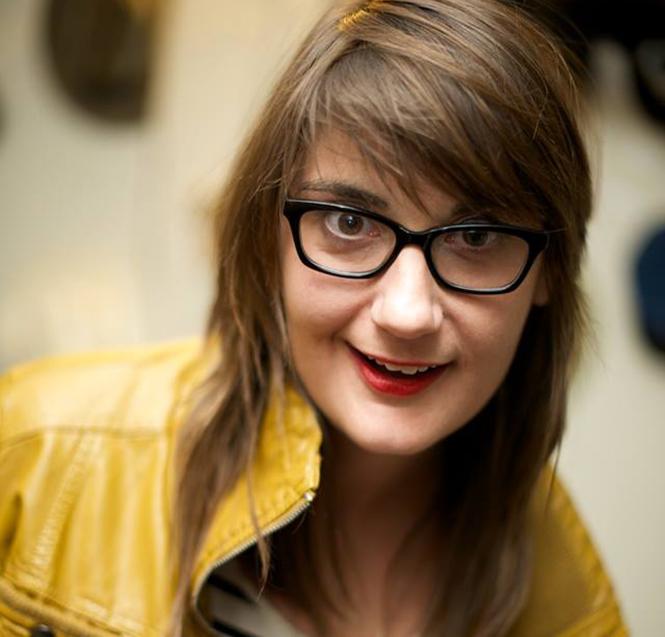 Stand-up comic and former San Francisco resident Caitlin Gill returns to the scene of the crime on Friday August 16, when she'll appear with fellow comics Jackie Kashian and Chris Fairbanks at the Verdi Club at 8pm. The occasion is the album release party for Major, Gill's debut recording, though she's hardly new at making people laugh. Gill has been at it for years.

Major was recorded live at The Punch Line, a favorite venue of the performer. Listening to the album will make Gill newbies realize why she's been keeping audiences in stitches for so many years. She often delivers her zingers with a hysterical screech which is quite hilarious.

Gill often gets her laughs by sharing stories from her own life, such as her lesbian relationship.
When she first moved to San Francisco she had only been with men, but, as she puts it, "the town will flip you if you let it."

Listening to Gill gives audiences a real sense of who she is and where she comes from. She finds humor in her relationship with her dad and his quirks, as well as seemingly mundane things like depositing a check into an ATM.

"How is it possible that a check deposit can take one to three days to hit your bank account," she asks. "I can pull out a computer from my pocket, that computer has a camera in it. I can take a picture of that check and that hand computer will send that picture of that check into outer space, where it is interpreted instantly by a satellite that replies to that computer in my hand faster than I can think to tell me that this transaction will be completed in one to three days!"

Gill's gift is that she makes the ordinary sound extraordinarily funny.

"I grew up watching stand-up specials and quoting them incessantly," Gill said in her Bay Area Reporter interview. "So many of the performers that I loved spent time in San Francisco. Since I grew up near there, it finally clicked in my late 20s that stand-up was something that I actually wanted to try; the logical place to go seemed San Francisco."

Gill noted that while she leans towards the comedic, she thinks there are a lot of funny moments in life's biggest dramas. She enjoys acting; her first experiences as a comedic performer were when she did stage shows in high school.

"I didn't know at the time that I was chasing an addictive drug," she said. "I've been chasing it ever since. It's an incredible feeling, it's a great way to communicate with fellow human beings."
Gill's album is named after her little dog. When she recorded the album, the dog was the family member that was with her.

Gill assures us that the stories she tells do indeed come from her own life, from who she calls her "silly friends and family."

"I wish I could make that stuff up," she said. "I talk about what actually happens to me, and I'm thankful for all the experiences because they turned out to be pretty humorous, both to live them and to retell them."

Her dad loves being part of her routines. Gill said that there's no bartender that hasn't heard about the sets in which she talks about her dad. He's been enthusiastic about her career from the beginning, for which Gill considers herself lucky.

"I'm so pleased to share it with people," she said. "And sharing it with more and more people sounds pretty nice. I think this album is good and I want people to listen to it, and it feels really nice to be able to say that."

Gill identifies as bisexual, and though she admits that bi-erasure is a very real phenomenon, she hasn't had much experience with it.

"Being bi is one ingredient," she said. "But it hasn't been one that's held me back or pushed me forward. I haven't felt erased; in my art, it's just me, a microphone and a light. I can tell you exactly what I am. You can't erase it. It's on my album."

She hopes that people who hear the album will feel good and giggly, and is excited to be coming home to San Francisco. She said that she loves the crowds, who she calls "smart and understanding.

"Since San Francisco is where it began, I'll never not come back," she said.

This album is only the beginning for Gill. She hopes to be seen on television and says that she's just getting started.