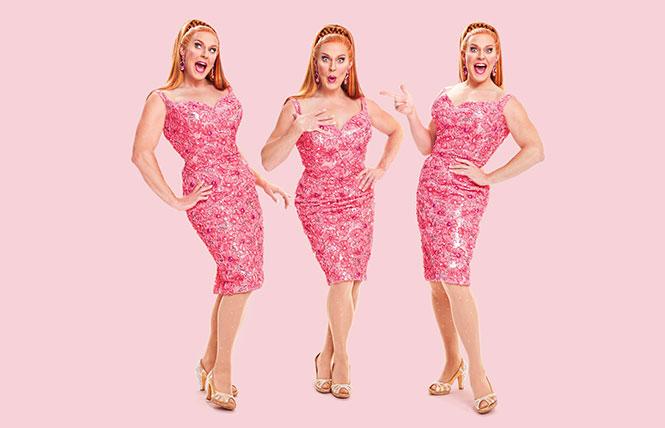 Across town, a pack of glittery whippersnappers —including Aquaria, Kameron Michaels, Eureka and Kim Chi— will descend upon the Curran Theater as part of the heavily promoted Werq the World tour tomorrow night.

Since the late 1990s, 6'2" Louisianan Jeffrey Roberson has portrayed his Merman character in a series of witty one-woman shows. While Merman's get-ups are great, it's the first-rate comedy writing and annual infusions of all new material that makes her a star in a galaxy of time-tested drag icons, including Miss Coco Peru, Lady Bunny, Dina Martina and Lypsinka.

Yet to the generation of queens and fans who have grown up on RuPaul's Drag Race and the dozen or so new faces it shoots to international fame each year, Merman is old school; what's referred to in rock music as a legacy artist.

How Varla must hate all the green pretenders lipsyncing in her limelight! After a single TV season, some of them are more widely recognized than Varla, after decades on the boards. Wouldn't she love to string 'em up by their newbie pubes?

The lady demurs. Even when she's battling a bevy of nu-drag beauties for ticket sales, Varla Jean won't get mean. 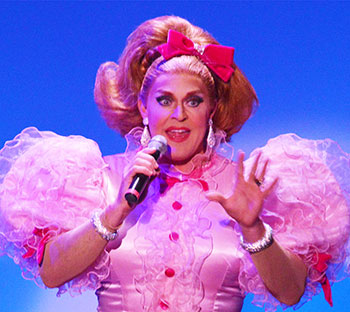 "All the Drag Race girls that I've met have been really talented and nice," Roberson says. "They seem to respect their elders.

"Look," he explains, addressing his level-headed perspective, "there are a lot of girls who have become famous because of the television show. I've made a career at this. Fame isn't a career, and it doesn't last if you don't have depth."

Many veterans of Drag Race are able to generate a quick year or two's income boost by touring with group shows and glorified synced-to-tracks bar acts. But Roberson suggests that over the longterm, with or without a TV jumpstart, the same fallout that happened among his generation of queens will take place.

"When I started, there were drag performers in bars, but what I and Coco and others realized was that we needed to create whole evenings of entertainment in order to stand out and stay interesting.

"Bianca del Rio, Jinx Monsoon, Trixie Mattel, Ben de la Crème," says Roberson, ticking off a handful of new breed queens who he feels have demonstrated staying power with their commitment to developing and refining original material. "If you keep working hard and building something, you have chance of sticking around.

"I grew up watching Carol Burnett," says Roberson, drawing a contrast between himself and queens weaned on Drag Race.
"I was so into comedy. I loved to laugh and loved to make jokes. The comedy came first, not the drag. When I first did Varla, I was an awkward 300-pound man with a lisp. She was an escape from myself, not an extension of myself."

Rather than thinking of up-and-coming drag stars as competition, Roberson, 49, finds himself reflecting on how gender and identity are seen as fluid to younger performers and their fans.

"Back when I started, you were expected be either a man or a woman. The artistry of drag was in creating two completely different people. I have transgender friends from then who did drag before transitioning and never would have thought about doing it afterwards. I find it so evolved how things aren't so black and white today."

That said, in Roberson's own case, "Varla is a job. She lives in a rented storage unit."