Goin' to The Chapel 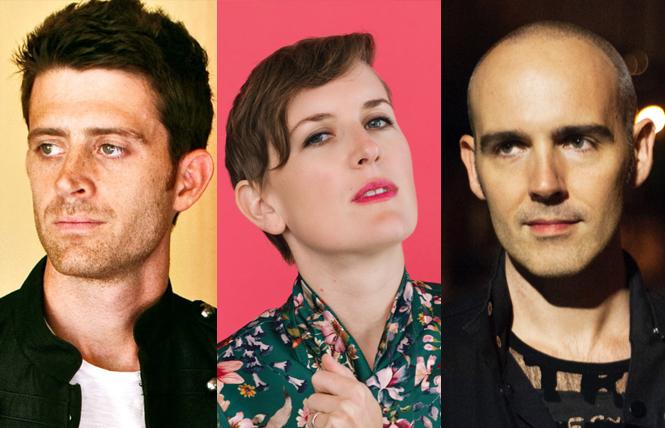 Eric Hanson, the modest impresario behind next Sunday's benefit concert for the Breast Cancer Emergency Fund (BCEF) at The Chapel on May 20, has achieved great professional success working for Silicon Valley tech companies. But asked about his passions, he quickly notes, "I'm a failed musician."

A longtime San Franciscan, Hanson -who humbly declined to have his photograph published in the newspaper- played keyboards in three bands during his teens and twenties. He reminisces fondly about Saturday afternoons spent browsing the vinyl bins and holing up in the listening booths in Tower Records at Market and Noe.

Now 50, he may have set aside his own rock-and-roll fantasies. But rather than nursing regrets or letting himself slip away from the music scene, he has funneled his enthusiasm into what might be called Functional Fandom.

Tapping into his entrepreneurial spirit, Hanson is finding ways to boost the careers of relatively under-the-radar artists who he feels are worthy of much broader public attention.

"I'm a huge fan of live music," Hanson says. "I've always loved going to shows. But over the years, I've grown more and more disappointed at what seems to me is a shift in our culture. People don't come out to see and celebrate up and coming artists like they used to. I want to help create some momentum." 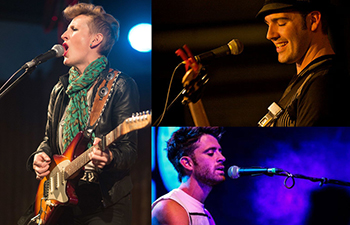 Thus Hanson has created a benefit with multiple beneficiaries: BCEF, three outstanding performers -Brendan James, Mia Dyson and Gregory Douglass- and the audience who will get to hear these acts in an extraordinarily optimized setting.

"The Chapel is my favorite venue in town," says Hanson of the converted church on Valencia Street. "It's a really high ceilinged room, but very intimate. The energy and the acoustics are always great."

Unlike the organizers of many grassroots fundraising efforts, Hanson does not ask performers to donate or discount their time.

"I'm fortunate enough to be in a position to help causes I care about. I pay all of the performers' costs, including travel and housing. So every dollar that comes in the door through ticket sales will go directly to BCEF. I could just give cash, but I want to do something that gets the public involved, to invite others to help make a difference. I selected the artists for this show based on their music. It deserves to be heard. It's very heartfelt music, by very heart-centered individuals."

At The Chapel, New Hampshire-based Brendan James, who cites James Taylor, Paul Simon and Death Cab for Cutie among his influences, will have the opportunity play his optimism-infused, piano-centered folk pop with a full band -a luxury he had to forego on his recent self-financed U.S. solo tour.

Bluesy guitarist Dyson and L.A.-based Douglass -who Hanson describes as having "a beautiful dark cynicism that works as a great counterpoint to James"- will also perform with full accompaniment.

Hanson is also bringing in a videographer and mobile multi-track recording studio. Everyone who buys a ticket is going to be part of a live album, and the performers will also get video and audio that they are free to use to help promote their careers.

Like unsung musical talent, says Hanson, "BCEF is a personal cause for me. My grandmother died of breast cancer, and I have people in my life who are currently dealing with cancer."

BCEF is dedicated to providing quick, compassionate financial assistance to low-income patients in an effort to reduce hardship, improve quality of life and allow patients to focus on their health rather than stressing out over monetary considerations.

In addition to general admission tickets, Hanson is also offering a VIP experience with catered refreshments, an artist meet-and-greet and an up-close acoustic set by the musicians. As with the GA tickets, 100% of the purchase price will go directly to BCEF.

Learn more about the performers: