Halston: the Saint of Seventh Avenue 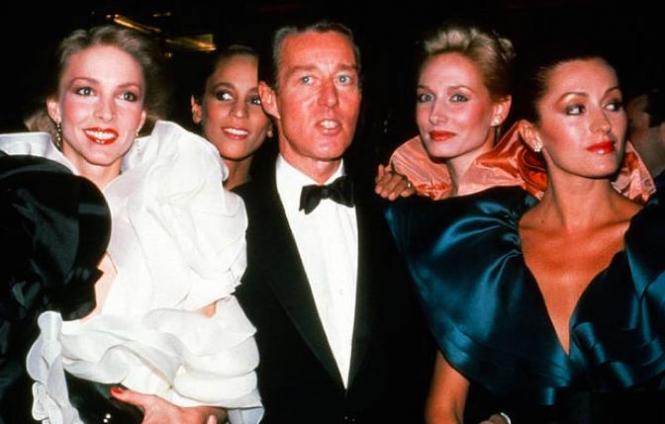 In honor of the recent passing of fashion editor and director extraordinaire Joel Schumaker, jewelry designer Elsa Peretti and photographer Peter Beard, I've been reminiscing of the period between the 1970s and '80s and its sexy, wild nights, decadent glamour and true sensuality.

The buzz of the Netflix miniseries Halston, and subsequent interview of director Ryan Murphy (The P.T. Barnum of LGBTQ culture) and Tom Ford, Halston's most devoted disciple, in American Vogue, there's been a resurgence of interest in the man who became America's first major haute couturier, A-list celebrity and brand.

Roy Halston Frowick, from the moment he hit New York City, catered to the "carriage trade," a serious group of rich and privileged women who traveled the world first-class, changing clothing at least four times a day with hats, gloves, purses and furs, color-coordinated and decadently expensive.

When that lifestyle fell out of fashion, Halston seamlessly moved into the world of luxury ready-to-wear, transcending the typical New York City "garmento" business district piece goods mentality and its accompanying tacky culture. 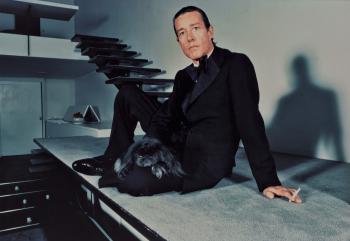 He was a tall, attractive man from America's Midwest who had hands-on experience and technique in the creating, selling and buying of luxury items heretofore unseen in The United States. Unlike most of Seventh Avenue, Halston sewed, draped and cut as well as sketched his designs.

His timing and embrace of his sexual identity coincided with huge cultural and political changes in America.

He abandoned the entire stereotype of 'blending in' to the upper crust, and created his own status amongst the truly cutting edge of artists, models, dancers, architects, textile manufacturers, magazines and photographers, coinciding with new forms of music, sensuality, sex and merchandising. He became the mononymous entity that we all came to know and love. 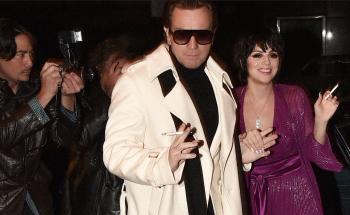 Not only was Olympic Tower Halston's palace and Studio 54 his playground (and Petri dish), it was also the place where class met ass, on every level. There had never been anything in America like the man and his entourage. His group of fabulous fashion posse, known as The Halstonettes, was the cream of the crop of the American fashion model industry. It celebrated diversity, attitude and glamour.

Let's face it, the man had America under his spell. Not only could you purchase Halston's sewing patterns from McCall's, you could also see his ubiquitous Joe Eula and Andy Warhol-painted ads. To see silent screen star Gloria Swanson in a fire engine red giraffe-neck Halston gown, after draping upcoming supermodel Iman, braless in silk crepe de chine, during her first runway show, indicated that Halston really covered all of the bases. 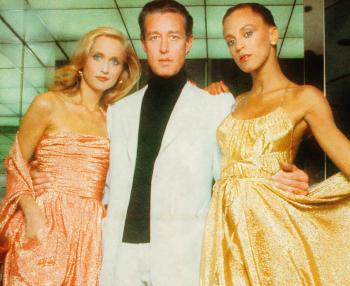 Of course, this all came crashing down slowly, due to Halston's democratic opinion that he could dress America, alienating the carriage trade and the culture that he created within it. His unfortunate business dealings with department store corporations and America's general small-mindedness diluted and usurped his very name, literally. On the heels of that misfortune came the spectre of AIDS.

As the world appreciates Halston, and America is continually looking for the next Halston (Good luck with that), let us appreciate his contribution to American fashion, fine art and the LGBTQ community, which is as unique as his name; simply, Halston.

Notable quotes on Halston
"He was very intimidating, and I've shot all kinds of royalty and world leaders. I've photographed every President since Kennedy, but, Halston had class, and he knew it. He was the king of New York City and he enjoyed being that. He was a representative of America to the world. He made New York City a major fashion capital. I photographed him quite a lot(Vogue, Women's Wear Daily and People magazine). He made the business of fashion popular, sexy, stylish. He did that in the publishing world, too, something that no one before him had ever done."
— Harry Benson, photojournalist and author

"I began designing for the house of Halston, and I remember that all of his people came back, every last one of them. I would sketch something out for the workers, and they would make it 100 times better than what I had sketched. I had some difficulties getting buyers to come back and see the house, and I told Dawn Mellow(Bergdorf Goodman)to see one show. One. She did. She began buying and the rest followed suit. It was an amazing time, working with those wonderfully dedicated people, not only to work, but, to continue his legacy, and that's what it's really all about; Halston's legacy."
— Kevan Hall, former Creative Director for Halston and fashion moderator

"Halston. He knew the balance between sensuality, real style and glamour. Yes, it was sex, drugs and disco, but, he made a whole lot of women look even more beautiful, and that was work, but, people don't want to talk about that, from the middle-aged dowagers and movie stars, to all of those first ladies and divas who were married to coke dealers. He made a lot of money for himself and others, including Norton Simon, Revlon's Ron Perelman and those Playtex people. Obviously, none of them knew what to do with Halston. He was interested in serious amounts of money. He got it wrong so that everyone else could get it right, and that's not his fault. I miss him. I admire him."
— Peter Beard, photographer, wildlife activist and socialite

"I don't remember the last conversation that I had with him, but, I remember telling him that we should just go away together when he lost his name. He said that he couldn't; he had a responsibility to his house. He loved them and he didn't want to leave them. To a great extent, we were each other's best friends. He loved to see me dance in his clothes. He always felt that he was too tall to dance, so I would have to dance for him. I could see that he enjoyed that a lot. I love him. I miss him. Those beautiful nights at Studio 54 were so romantic."
— Pat Cleveland, supermodel, original Halstonette and author

"One of the most important things that he said to me was that he loved the clothes that I made for his niece. Halston was my friend, and regarding "The Battle At Versailles", what can I say? I met Josephine Baker. Yves Saint Laurent said that I make beautiful clothes. It really was the pinnacle of my career. I understand that Halston's buried in The Bay Area. I'd like to visit him. I miss him. I love him."
— Stephen Burrows, Coty award-winning fashion designer and cultural icon

A trio of gowns currently available from Halston.

"When I first met Halston, I had a very amusing one-on-one interview with him. Upon getting the job, I was quickly brought into his elite inner circle of fashion and glamour. As part of his creative group, I found the inspiration and design process fascinating, as to how Halston evolved and rose to stardom. Halston was a visionary creative force, but like all talented geniuses, he excelled in certain areas more than others. He recognized and worked with other "like-minded artists" such as Joe Eula, Elsa Peretti, and more. Some people really loved Halson, while others never knew who he really was. What remains is the legacy of his iconic design. This is how he should be remembered."
— Christine Royer, Halston house model, muse and original Halstonette