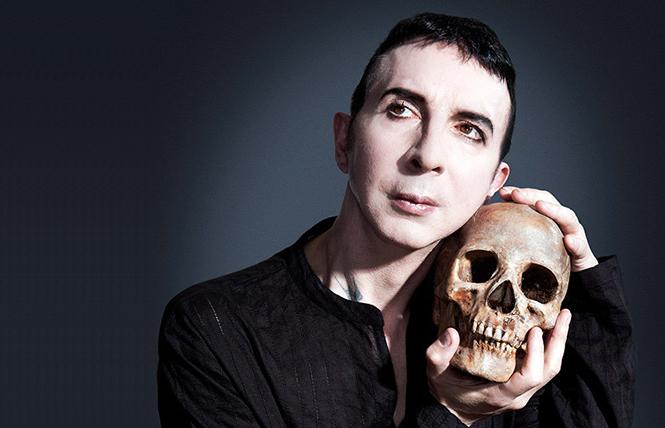 But Fuentes, openly gay and a former punk himself, isn't just an art gallerist, he's an ad hoc curator of fellow humans who connect with his edgy aesthetic: queers, POCs, goths, and all manner of outliers. 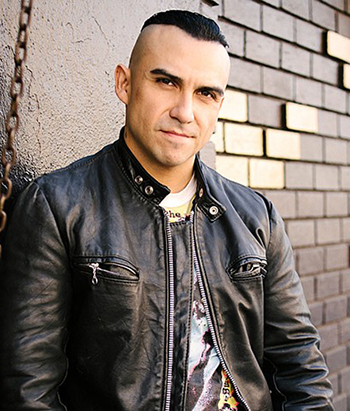 Fuentes plies this side of his trade as the producer and creative director of SexCells, a roving dance party-cum-concert that has popped up in spaces throughout LA over the past few years and next weekend begins its first ever out-of-town tour in Dallas, Texas before rolling into San Francisco for its local debut at the Castro Theater on Saturday, October 26, with an eclectic roster of DJs and musicians topped off with a rare stateside live set by Marc Almond.

"I haven't done a proper tour in the U.S. since 1999," said Almond on a recent phone call
with Bay Area Reporter.

Almond came to fame in the 1980s as half of Soft Cell ("Tainted Love," "Where Did Our Love Go"), but his later, prolific work has met with much less mainstream stateside success and has been written for much larger ensembles.

"I tour Europe all the time with eight to 15 musicians," Almond explains. "Its very expensive to bring a show like that to the U.S." 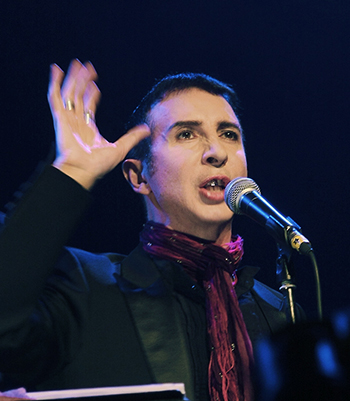 Fuentes is a hardcore Almond fan and brought him in for a small-scale one-off set at a SexCells party last year. The hugely positive response led to this mini-tour, on which Almond is bringing two bandmates and two backup singers.

"I have a new album called Chaos and the Dancing Star coming out next year, so this is a good opportunity for me to get out and touch base with old fans who haven't seen me in a long time and hopefully make some new ones."

"I've put together a set that's about an hour and a half that includes the Soft Cell hits but lots of later stuff, too," Almond continued. "I've learned to live with and love the fact that fans want to hear Soft Cell when I play in the States. I've been constantly making new music, so I don't have to prove anything to myself by not playing what people come to hear. I mean, the so-called '80s revival never seems to die. I'm going to be playing '80s revivals when I'm 80." 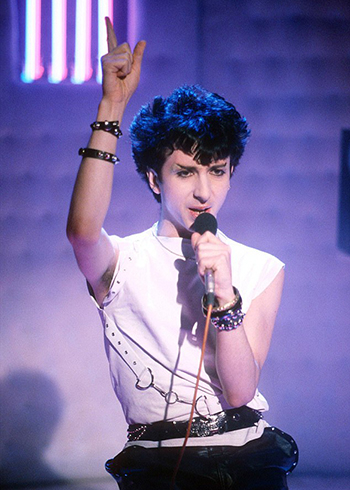 Marc Almond back in the day

At the Castro edition of SexCells, the music will be a mix based on mood, not era.

"I don't want it to be a retro night," Fuentes insists, "It should feel timeless."

"The parties are just the right amount of overwhelming," says Fuentes of his L.A. events, hoping the same aura will manifest on this experimental road trip. "Half of what makes the night great is the people who come. I like to describe it as very flamboyant, but not at all condescending.

Fuentes estimates that more than 70% of the party's L.A. revelers dressed especially for the evening, making the pre-Halloween weekend perfect timing for this SF spinoff.

"People come decked the fuck out," says Fuentes of the leather, drag, and anything-eclectic lewks that SexCells has become famous for.

"For me," he says, "There's a bit of a flashback to the whole Club Kids scene twenty years ago. Its something that's been dormant for a while, but now we're living in the Trump era and part of the vibe is a kind of 'We don't feel like we have much of a say in the world, so we're going to take control of our own space.'"