Lena Hall: in Limbo and Hell 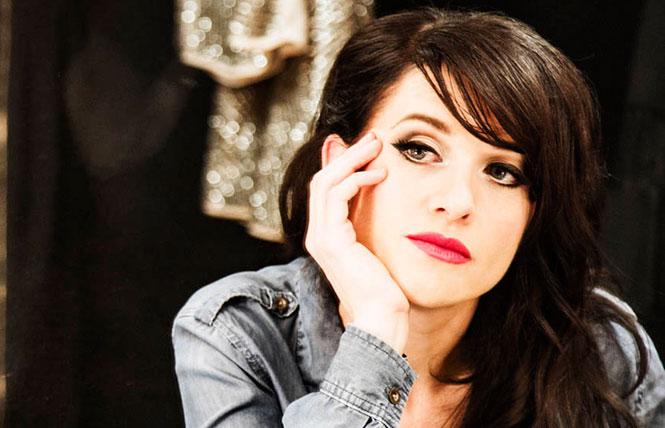 For Lena Hall, limbo was a pre-existing condition.

Like virtually all performing artists, the San Francisco native, best known for her Tony-winning turn as Yitzhak in the Broadway run of Hedwig & The Angry Inch, has had her schedule —including two cabaret shows at Feinstein's at the Nikko scheduled for later this month— placed on indefinite hold by the Covid-19 pandemic.

A full first season was filmed and so well-received by TNT that a second was ordered and began filming before broadcasts ever began. Subsequent scheduling shuffles at the network have led to repeated postponements of the premiere, which is now slated to air on May 31.

"My career has been on hold waiting for this to happen," Hall explained in a late February phone interview with the Bay Area Reporter. "I've already filmed commercials and promotional interviews for the second season and the first hasn't even aired. It's very strange." 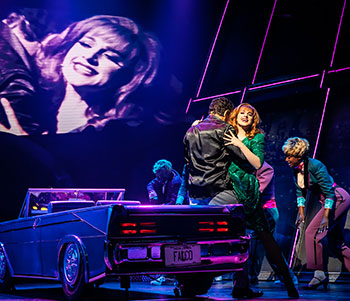 Short cabaret runs, including a sold out engagement at the Nikko last January, have provided an opportunity for Hall to stay connected with audiences, but theater projects bound for Broadway have been off the table given shooting schedules. And Hall has also faced stumbling blocks in her efforts to launch a recording career.

"I like big bombastic rock and roll from the '70s and '80s and that's the music I want to do in a solo career. I love Zeppelin, Aerosmith, Guns N' Roses, AC/DC. I want to mix the sound of old rock with contemporary hip-hop production. But the record company I was talking to just says that 'Rock is dead.'"

Last summer, between Snowpiercer shooting seasons, the stars aligned to give Hall a blissful six weeks indulging her passions for both the theater and old school rock music when she was cast in a limited six-week New York run of Bat Out of Hell, the notoriously troubled jukebox musical of songs by composer Jim Steinman, best known for writing huge hits for Meatloaf in the 1970s and '80s.

The phantasmagoric, vaguely coherent rock opera was a hit in the UK in 2017 and 2018, embraced for an over-the-top production perfectly aligned with Steinman's bombastic and melodramatic tunes.

"A parade of dry ice, skin-tight leather, fire-belching motorcycles—and just a smattering of self-awareness," wrote Time Out London; and The Guardian opined, "The best musicals have a compelling story line, thrilling stage pictures and astonishing sounds. This show completely lacks the first, but what swagger and songs it has. As Steinman put it himself, 'Two Out of Three Ain't Bad.'" 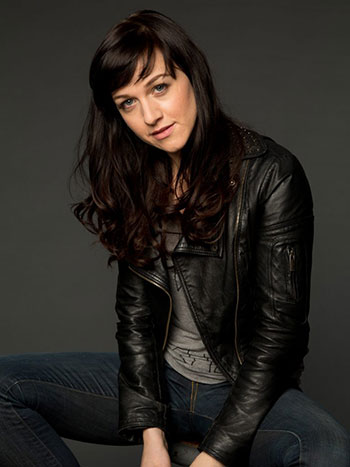 But a North American tour, which included a booking at the Golden Gate Theatre in December of 2018, was suddenly cancelled, with litigation erupting in its wake.

"I hadn't heard all the things that had happened with the show when I got the offer," Hall recalls. "And I loved the music. It's huge, epic, totally out there stuff, with epic journeys and stories in the lyrics and orchestrations.

"The music is utterly perfect for the stage. And the show doesn't make the mistake that a lot of jukebox musicals do, where they cram too many snippets and medleys and montages of songs into the show to make sure everyone hears their favorites. The songs in 'Bat' are kept unabashedly long, like they were on the records —seven to ten minutes!"

Of her performance in the limited Off-Broadway run, The New York Times wrote that "Hall ... approaches the material with a wink and a uvula-rattling belt. Her voice —rough and richly textured— feels like a sandpaper kiss."

While preparing for the role, Hall delved into Steinman's entire story-song oeuvre which, beyond Meatloaf, includes "Total Eclipse of the Heart," a huge hit for Bonnie Tyler; "Nowhere Fast," from the movie Streets of Fire ("A real banger," says Hall, "It makes you want to work out"); and "Left in the Dark," which has the peculiar honor of being the only song released by both Meatloaf and Barbra Streisand.

The set she planned to present at Feinstein's this month —and will hopefully perform there in the future— was a personal survey of Steinman's work, appropriately titled, 'Bat Out of Hall.'

Just as her cabaret concert provided Hall with a welcome shot of escape during her Snowpiercer limbo, its ridiculous pleasures will serve B.A.R. readers as a tonic during our current holding pattern. Enjoy these links to some choice bits from both Hall and Steinman.

Lena Hall's covers of her pop and rock obsessions, including Peter Gabriel, Nirvana and Pink: https://lenahallobsessed.com

Editor's note: If you liked this article, help out our freelancers and staff, and keep the B.A.R. going in these tough times. For info, visit our IndieGoGo campaign.