Christine Andreas - From Broadway to Paris at the Venetian Room 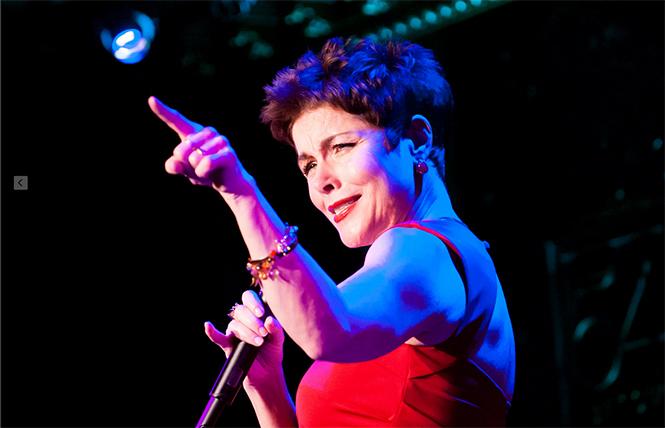 "I've always had an affection for singing in French," says the classically-trained Andreas, who made her name in the 1970s and early '80s with award-winning Broadway performances as Eliza Doolittle in the English-accented My Fair Lady and as Laurey in the Americana-infused Oklahoma.

"There's just something about singing the sounds of that language that helps me bring so much emotion to the music."

But there's also something about Piaf, whose life was a tumultuous series of successes and heartbreaks, that helps Andreas connect with the legendary chanteuse's music.

"I used to sing Judy Garland," says Andreas. "But Judy was hard on my heart. Piaf was never a victim. She was such a complex, soulful artist. She was born in poverty, abandoned by her mother, was an addict, had a zillion relationships with men. She was terribly insecure. But when Piaf performed, she found a way to transmute all of her pain and turn it into something beautiful."

Andreas connects with that powerful alchemy. Her rise as a star of concerts and cabaret came partly out of necessity. The demands of an eight-shows-a-week Broadway schedule became unreasonable in the mid-1980s when she became mother to Mac, a developmentally disabled son. 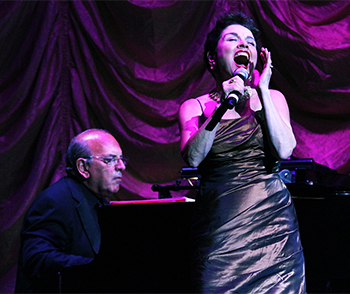 Andreas shifted her primary focus to raising Mac, who's now grown and thriving in a group home.
But it was essential to Andreas that she keep music in her life.

"I have a special needs kid," she says. "If I can't set the difficulties aside and get into something soulful, I'm no good for him. The arts should be regenerative. That's true for the performer as well as the audience.

"I'm a bit of a healer," says Andreas. "If you're in a room with me and I'm singing, you open up your heart. You don't have a choice. You put everything else aside for a minute and get lost in something beautiful."

While Andreas' early cabaret career found her focusing on Broadway and Great American Songbook standards, she began to deepen her connection with Piaf after a suggestion by the musical director of Crystal Cruise ships (Andreas appears in concert on up to four luxury cruises a year).

She immersed herself in Piaf's recordings and accounts of the singer's life, most notably Carolyn Burke's No Regrets: The Life of Edith Piaf.

Burke's biography, says Andreas, "really works to dis-embellish the legend. I think you do a disservice to an artist if you just propagate the myths about them. Myth has a way of thinning out the real person."

Andreas, who performs accompanied by her husband, Grammy-winning arranger Martin Silvestri, says that while getting her sea legs with Piaf on cruises, she felt an unusual responsiveness from the audience.

"I'm used to seeing people being moved by music, but this seemed to be at a different level. There's so much beauty and such a range of emotion.

"And Piaf started talking to me. I swear to God. Not necessarily speaking, but I'd feel her; nudges, sometimes gentle, sometimes forceful. I felt encouraged and provoked."

Andreas has gone on to record a stunning album of Piaf standards with a 36-piece orchestra and is now touring Piaf: No Regrets, in which she tells Piaf's story as well as singing her songs in both English and French.

"When I did this show in New York," she says in anticipation of her Venetian Room concert, "there was just this sense of wholeness and tenderness, of complete sharing."

That's a language we could all stand to speak.