Giving Back During Pride Month 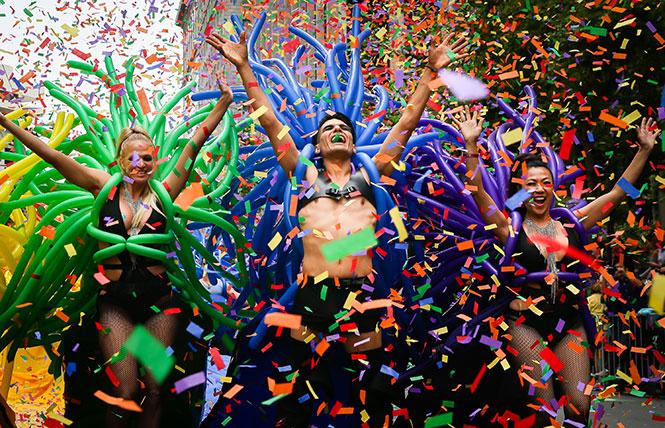 In the fall of 2001, I pulled together my first large-scale benefit for the Tenderloin AIDS Resource Center at the George Coates Performance Works theater on McAllister and Hyde. It was an early version of the House of MORE!'s 1930's-style shows and had a star-studded cast of some of San Francisco's most notable underground performers and personalities. I had been doing drag for almost ten years and was becoming aware of my voice and knew it needed to be used for good within our community.

Those early shows eventually morphed into becoming my annual non-profit Pride Party. I really started to focus on supporting some of the San Francisco Bay Area's most needy organizations. Over the years the party has raised hundreds of thousands of dollars, helping to keep many organizations afloat and moving forward.

I could have just created a list here of all the great parties happening during Pride month, but most of them are for-profit. But I digress and will focus on some that are giving back. Support these events in June and thank them for supporting our community.

June 2
Powerblouse - Benefiting The Q Foundation, Powerhouse
Each month my mother Glamamore and I invite one lucky person to the stage of the Powerhouse for a full-fantasy drag makeover. The magic mascara wand will be casting spells! Powerblouse is a monthly party benefiting the Q Foundation who believes in a world where all people have a safe, decent and affordable home. They prevent homelessness for people with HIV/AIDS by protecting the housing they already have, providing resources to secure new housing, and promoting public policy to expand opportunity for all. Their goal is to become the largest housing services provider and largest employer of people with HIV/AIDS in San Francisco. To date, this event has helped to raise over $7000. 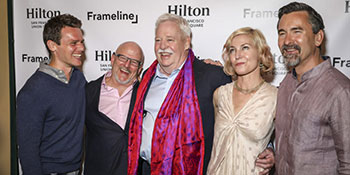 June 14 - 24
San Francisco International Frameline42 Film Festival, Various Cinemas
The Frameline San Francisco International LGBTQ Film Festival is one of the organization's six established film arts programs, which together support LGBTQ film development, exhibition and distribution, and national youth education. Movies were such an important part of my youth.
I loved going to the theater by myself. I didn't then and still don't like to share my popcorn. That time offered me the chance to be whisked away through the artfulness of the movie into worlds I had not yet adventured. Frameline is also a grant-making organization, which awards funds annually to assist with filmmakers' post-production costs via juried awards from their Completion Fund each autumn. Support the films at Frameline!

Saturday, June 16
Beatpig - Benefiting The Transgender Law Center, Powerhouse
After eight years, Beatpig is still considered one of the best monthly parties in SoMa, whose beneficiary monthly has been the Transgender Law Center who help change laws, policy, and attitudes so that all people can live safely, authentically, and free from discrimination regardless of their gender identity or expression. To date, this event has helped to raise over $25,000. 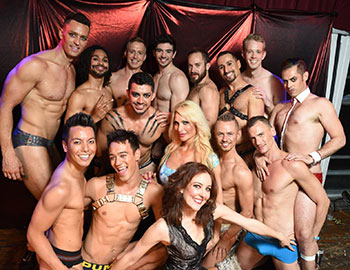 Sunday, June 17
Broadway Bares / San Francisco Strips lll, DNA Lounge
Broadway Bares is an annual benefit for The Richmond/Ermet Aid Foundation, a non-profit, Arts/Health organization dedicated to raising funds for AIDS services, hunger programs and programs for under-served youth in the Bay Area through the production of quality entertainment programs. To date, this event has helped to raise over $65,000.

Monday, June 18
Williams-Sonoma Drag Queen Cook-Off - Benefiting TRUTH, Flagship Store
Williams-Sonoma invites you to watch Sister Roma and I battle to win their First-Ever Drag Queen Cook-Off! We go head to head (or wig to wig) as we cook, and plate our dishes made using three secret ingredients. The panel of judges includes Foodie Chap Liam Mayclem and Top Chef's Melissa King who will be selecting a winner. 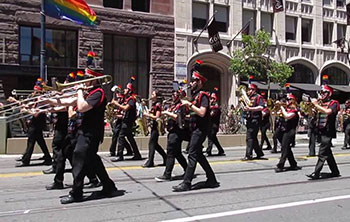 Wednesday, June 20
40th Anniversary SF Lesbian & Gay Freedom Band Gala, Green Room War Memorial
The San Francisco Lesbian/Gay Freedom Band is the first openly gay musical organization in the world, inspiring the formation of LGBT bands, choruses and performing groups around the globe. SFLGFB is the Official Band of San Francisco, having been given that honor by the San Francisco Board of Supervisors in honor of the Band's 20th and 25th anniversaries. The band raises funds to continue their mission, and look towards the future as they continue to educate and develop our members, promote visibility of LGBTQ communities, and with allies, fostering understanding among diverse communities through public performance.

Thursday, June 21
Giants LGBT Night, AT&T Park
The Giants have paved the way for inclusiveness in sports. They became the first professional sports team to create an anti-bullying public service announcement with an emphasis on ending the harassment of lesbians and gays. The 2018 game features a matchup against the San Diego Padres. Each ticket package for this event includes access to the LGBT Night pre-game party from 5-7 p.m. (location TBD) and a ticket to watch the game. Also, a limited-edition SF Pride expandable backpack is available with the purchase of this special event ticket. Partial proceeds from each special event ticket will be donated to local nonprofits in the LGBT community. 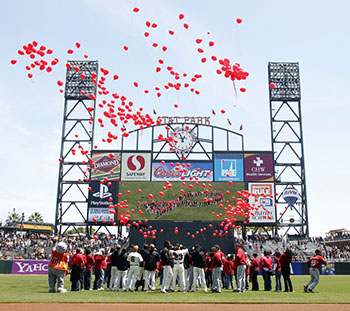 Saturday, June 23
20th Annual Pride Brunch - Benefiting PRC, Hotel Whitcomb
This annual event hosted by Gary Virginia and Donna Sachet will celebrate its 20th year and is considered a favorite during SF Pride. PRC (Positive Resource Center) has been transforming the Bay Area for decades, helping those affected by HIV/AIDS, substance use, or mental health issues realize their best selves by providing the support and services they need to reclaim their lives. To date, this event has helped to raise over $350,000.

Sunday, June 24
48th Annual SF LGBT Pride Parade & Celebration, Market Street to Civic Center
A world leader in the Pride movement, SF Pride is also a grant-giving organization through their Community Partners Program. Since 1997, SF Pride has awarded over $2.5 million dollars from proceeds of the Pride Celebration and Parade to local non-profit LGBT organizations and those organizations working on issues related to HIV/AIDS, cancer, homelessness, and animal welfare.

Saturday, June 23, 2018
Juanita MORE!'s Pride Party 2018 Nighttime - Benefiting TRUTH, Fillmore West
For the first time, Juanita will take on Saturday night of Gay Pride to raise even more money for the community. The Saturday night event will take place at the former Carousel Ballroom which hosted big bands in the 30's and 40's and when that era faded a new style of music was ushered in featuring Ike & Tina Turner, B.B. King, Chuck Berry and many, many more.

Bill Graham took over the concert hall in 1968, opening its doors as its most famous incarnation the Fillmore West to the likes of the Grateful Dead, Jefferson Airplane, Janis Joplin, Santana and countless others and also where Aretha Franklin recorded her legendary live album in 1971.
The venue is a very special place where decades of dancers, musicians, and performers spent many nights having a good time. Saturday night's party will usher in the debut of this newly refurbished venue. The all-queer musical lineup includes Gavin Rayna Russom (LCD Soundsystem), Kim Ann Foxman (Fire House), Jasmine Infiniti (New World Dysorder) and more. This magnificent space includes both indoor and outdoor attractions, with a roof deck as large as the venue itself. To date, this event has helped raise over $450,000.

Saturday, June 24
Juanita MORE!'s Pride Party 2018 Daytime - Benefiting TRUTH, 620 Jones
On Sunday, Juanita reprises her legendary daytime party at the spectacular 620 Jones venue featuring everything you've come to love about this now legendary party. In 1929, inspired by the buildings of the 1915 Panama-California Exposition in San Diego, prolific architect H. C. Baumann designed the Gaylord Hotel at 620 Jones in the Spanish Colonial Revival style. It still stands today, just to the left of the Jones entrance. Jones features an 8,000 sq. foot patio and is considered a horticultural gem in heart of San Francisco. Sunday's entertainment includes Horse Meat Disco featuring Severino and Jim Stanton, CarrieOnDisco and much, much MORE!