Jump into the SF Fringe Festival 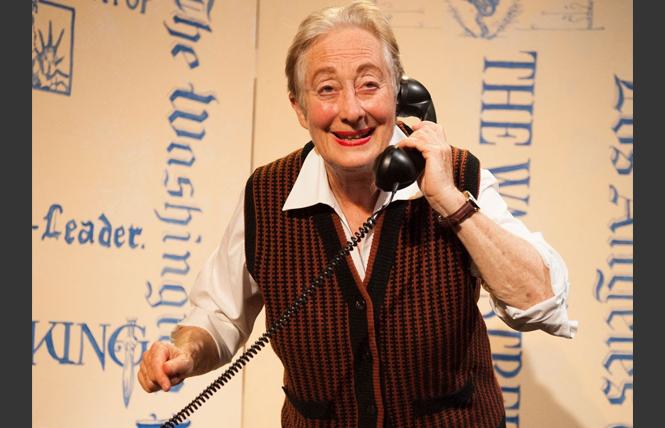 Everyone's got a story to tell, and everyone's a critic. Both of these truisms will be in full effect, celebrated and elevated, at the annual San Francisco Fringe Festival, which returns to the Exit Theatre for a 28th year with an eclectic mix of memoir, magic, music and movement on three small stages from Sept. 5-14. Among the productions, each running under 60 minutes and playing four times over the length of the festival, are several shows with queer creators and content.

The Bay Area's most democratic annual theater event, the SF Fringe is entirely uncurated. This year's 21 productions were selected from over 100 shows entered into a random lottery by their creators for a $40 entry fee. Beyond that fee, artists pay only travel costs and a small facilities charge. Exit's production and promotion are supported by grants and donations, with 100% of ticket sales going to the artists. To encourage audience experimentation, tickets are no more than $13 a show.

"Hick" creator Terry Baum, an internationally acclaimed lesbian theater-maker who has participated in the SF Fringe as both an artist and an attendee, says the format rewards adventurous audiences. "It's for people who love theater and people who enjoy trying something new. It's fun to just indulge yourself and pick things at random. It's not critic-driven."

"Some press critics do come the first weekend," says Exit publicist Nicole Gluckstern, "but there's practically no way a single reviewer can weigh in on every show to tell you what they think is best." Instead, Gluckstern explains, patrons are encouraged to help each other curate their schedules. "In our hallways and café between shows you see a lot of conversation about what to see next." Attendees are also encouraged to provide heads-ups to fellow showgoers — and constructive criticism to the artists, many of whom use Fringe performances to help develop new work — via a dedicated page for audience reviews on the Exit Theatre website. SF Fringe is one of over 30 North American members of the Canadian Association of Fringe Festivals (CAFF), whose core tenets state, "Our festivals are designed to put artists and audiences in direct contact, fostering experimentation and discovery on both sides of the fourth wall." 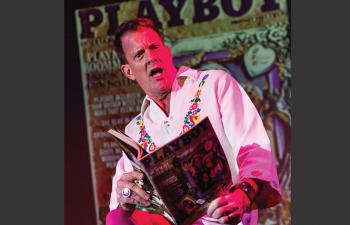 Jamie Brickhouse in "I Favor My Daddy, a tragicomic monologue.

"San Francisco is one of the smaller Fringe festivals, which has its benefits," says New York-based Jamie Brickhouse, a Moth storytelling champion whose "I Favor My Daddy" is a follow-up to a monologue about his mother that sold out its performances at last year's SF Fringe, and has since been produced in Colorado and New Jersey. "Some of the others are so spread out around a city. In San Francisco, with three theaters in the same building, I have much more of a chance to meet other artists, see other shows and make connections."

While autobiographical performances like Brickhouse's are a Fringe staple, there are plenty of other forms in this year's SF Fringe, including "Fingertips," based on songs by They Might Be Giants; a magic show by Sausalito's Ryan Kane; and a blues-rock mini-musical, "Why My Unicorn Left Me." Then there's "My Will and My Life," with a script by Harry Cronin performed by East Bay actor John Tranchitella, which offers a multilayered palimpsest of documentary, telling the story of Father Mychal Judge through the eyes of George, a fireman whom Judge sponsored in AA. "When I first read the play," says Tranchitella, "I felt like George's story was very much like mine: being Catholic and in the closet, full of shame. I related to him as much as to Father Judge." 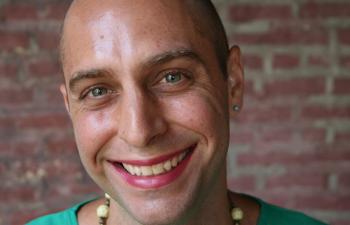 "I really unwound a lot of childhood trauma in writing this show," Euseppi says. "I resisted the parts about my father until literally a week before I first performed it, then I just started writing and crying. It turns out I got a lot of peace from writing those stories."

For Euseppi, taking a creative risk paid off handsomely. The SF Fringe invites audiences to jump into the unfamiliar and take some risks of their own.