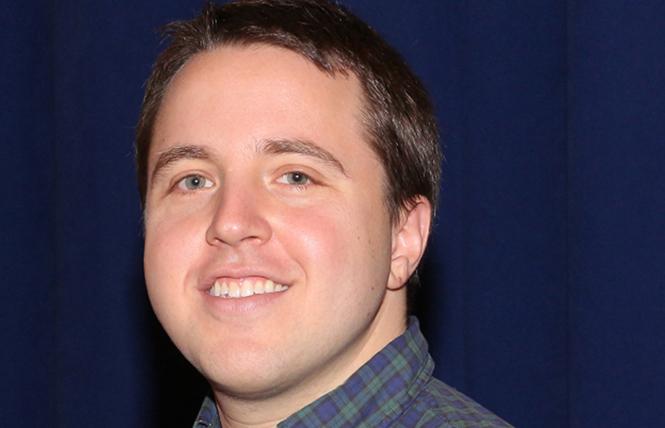 Playwright Joshua Harmon: "If you're lucky, you end up in a room full of talented people working hard together." Photo: David Gordon

Joshua Harmon has seen his share of romantic comedies. "You often have this gay sidekick to the female lead who will come into a scene, say something funny or supportive, then disappear for a while."

So when it came to writing his "Significant Other," which was first produced off-Broadway in 2015, transferred to the main stem in 2017, and makes its local premiere at the San Francisco Playhouse starting next week, he wanted to use the stage to fill in those onscreen blanks. "What would be happening if you reframed the focus of that camera and followed the sidekick, turning him into the main character?"

The result is a show that's at least as poignant as it is funny, following Jordan Berman, a gay man in his late 20s, as he attends the weddings of three longtime female friends amidst a consistently middling love life of his own.

In an interview with the Bay Area Reporter, Harmon, 35, explained that the plays of the late Wendy Wasserstein, particularly "Isn't It Romantic," were major influences on his take on movie rom-coms. "It's not a coincidence," he says, "that Jordan Berman has the same initials as Janey Blumberg, her main character in 'Isn't It Romantic.'

"I see a lot of parallels to writing about women in the 70s and 80s, trying to balance relationships and careers, with writing about gay men today," he explains. "There weren't many templates for her characters to follow on how to manage life and love. And there's no long history of out gay men showing younger generations how to do it. Marriage equality actually passed during the run of 'Significant Other' off-Broadway."

That said, Harmon doesn't tailor his writing for gay audiences. "One of the challenges I set for myself with this play is reaching the theatergoers who expect characters who are gay only to represent gay people. I think the best way to express a universal experience is to root it in a very specific situation. Jordan is a very specific character, and part of that is being gay, but what's universal is that he feels lonely and wants to be in love.

"I've seen people from all walks of life — women, men, gay, straight — come up after a show to approach an actor playing Jordan to tell him how much they relate to the character," Harmon says.

There's another universal experience addressed by "Significant Other" that adds welcome gravitas to a play full of bachelorette parties and bridesmaid's dresses. Along with Jordan and his coterie of millennial gal-pals, Harmon has written the role of Jordan's elderly grandmother, who floats on the margins of the action.

"This single gay man and this widowed older woman both go to sleep alone and wake up alone," says the playwright. "There's something really poetic about that to me, as if they're riding the same crest of a wave at different ends. They almost don't have the words to connect what they're sharing."

It was Harmon's own grandmother who first took him to the theater as a child. "I fell in love with it," he recalls. "At first I thought I wanted to be an actor, but I realized that I fundamentally hate having people looking at me. Playwriting turns out to be the perfect fit for me. You can write on your own in isolation, but then if you're lucky, you end up in a room full of talented people working hard together for a short period of collaboration."

Harmon describes his involvement with productions of his work as "either all or nothing. For a world premiere, I'm involved in all the design conversations, the casting. For the first production of [his 2012 New York debut] 'Bad Jews,' an actor came wearing a gray shirt and a cap. I started to cry. I just couldn't imagine the character dressed like that. That's the level of psychosis that I'm going to bring to a first production. But once a play is out in the world, I have to rely on the stage directions in the script and trust that they'll be handled faithfully. Otherwise, my whole life would be babysitting."

That's particularly true given that "Bad Jews" has been one of the most widely produced works of the past few years, and that Harmon's well-reviewed 2018 play suddenly has hot-button topicality: "Admissions" is a dark comedy about college scandal.