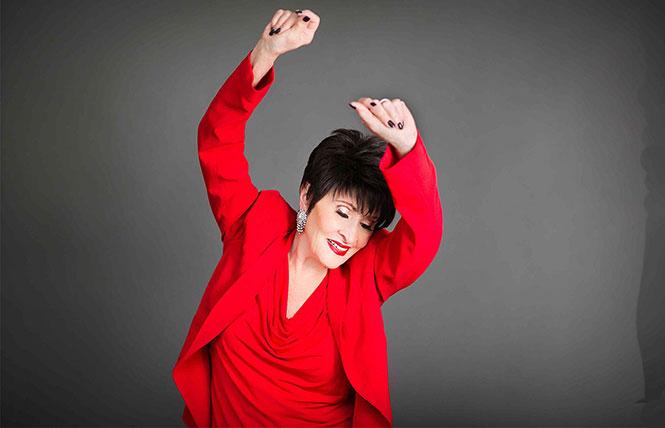 Chita Rivera: "I'd look silly if I tried running up the walls and doing a split." Photo: Courtesy the subject

Have you heard about Chita Rivera's blockbuster memoir? It doesn't exist.

"I don't want to write about what I've done, or what I've got," the music-theater icon told the Bay Area Reporter in a recent conversation. "We are all so much the same, everybody has the same doggone problems.

"I'd be lying through my teeth if I told you I can still sing or dance like I used to. But it's fun to sing 'A Boy Like That' now. It's a whole different thing. I'd look silly if I tried running up the walls and doing a split. We're all getting older."

Rivera, who shares a birth year with Ruth Bader Ginsburg, has performed on Broadway during each of the past seven decades. In the years between her debut as the principal dancer in "Guys and Dolls" and her lead role in Kander and Ebb's "The Visit" just three years ago, she has won a permanent place in the firmament of musical theater stardom. 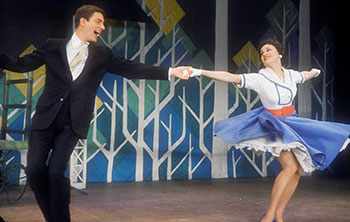 She's originated some of musical theater's most memorable roles — Anita in "West Side Story," "Chicago"'s first Velma Kelly, Aurora in "Kiss of the Spider Woman"— and put her indelible spin on more than a dozen others. But the role she's perhaps best known for is her leggy, lipsticked "Chita Rivera" persona.

Rivera has played herself on Broadway twice, in "Jerry's Girls," the 1986 Jerry Herman revue; and 20 years later in "Chita Rivera: The Dancer's Life." And she'll be at it again at Feinstein's at the Nikko next week, singing songs and telling tales from throughout her career in a four-show run of her latest cabaret show (including afternoon matinees on Sat., & Sun., Nov. 10 & 11).

But while "The Dancer's Life" and Rivera's concerts incorporate biographical elements, the perspective they provide is narrow and carefully controlled. Rivera routinely shares selections from a set of carefully curated and well-burnished anecdotes: behind-the-scenes theater stories, brief discussions of her relationships with ex-husband Tony Mordente and New York restaurateur Joe Allen, loving tributes to her father, and an account of the career-threatening 1986 car accident that gave the literal meaning back to "break a leg."

Still, for an entertainer who has commanded the attention of several generations, Rivera has been remarkably successful at preserving her privacy. Despite her firebrand stage roles, she is humble by nature, and has largely managed to maintain a high profile as a performer while avoiding the prying eyes of celebrity journalism. 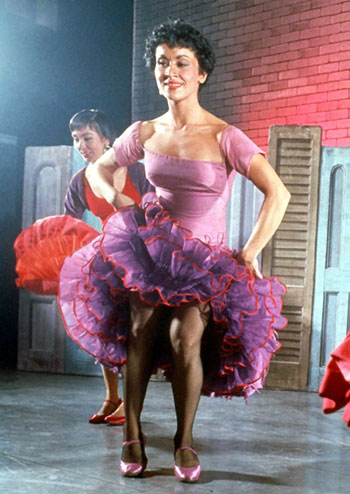 Among the few non-showbiz topics Rivera gladly discusses is her commitment to advocacy on behalf of children. Last month, Rivera was the star and honoree at "Touch the Sky," a New York concert to raise funds for children's playgrounds.

"I love and adore speaking to kids, and encouraging them to express themselves however they need to," said Rivera, herself one of five siblings and the mother of Lisa Mordente, a choreographer and Tony-nominated actress, for the little-remembered 1981 musical "Marlowe."

Her dedication is, in part, due to the parental encouragement Rivera once received. In 1948, Chita was spotted by a representative of George Balanchine in her Washington, D.C. ballet class and recruited for a New York scholarship. Rivera's widowed mother, who worked as a clerk at the Pentagon, allowed her 15-year-old daughter to move to New York and pursue her passion.

"When we were kids," Rivera recalls of her early inclination toward showbiz, "my older brother had a makeshift theater in our basement, and we would do little shows based on Disney movies. I always played a witch, but I didn't mind. We loved that magical world."

Today, Rivera remains very much in touch with her childhood. "I've been invited to go to Disney World again next month," she exclaimed when asked what she'll be up to after her Feinstein's shows. "They do a Christmas pageant every year, and for a couple nights I get to narrate the show with a full orchestra behind me. It's outside under the stars, and I cannot wait. My daughter comes, too — she's a Disney freak."

Surprisingly for such a famous fan, Rivera has never played a character in a Disney film. "I was flipping around the TV recently," she mentioned, seeming to let her guard down ever-so-briefly, "and I saw that one where Angelina Jolie plays the witch ['Maleficent']. Oh, damn! That was great, I would have loved to do something like that."