We need a heroine or three: The Lavender Tube on LGBT TV characters, the new Batwoman and more 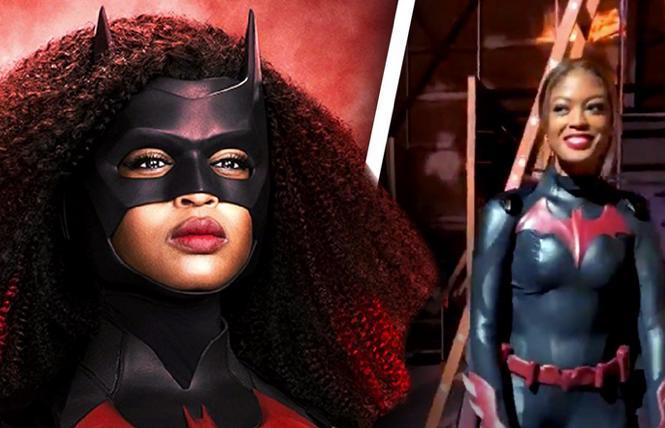 Javicia Leslie is the new Batwoman

This may be a dark, dark winter, with the coronavirus continuing to mutate and spread, but there is light at the end of the tunnel. Science is back in DC. You can see Dr. Tony Fauci every day now and as he said in a recent White House press conference, "We are letting the science lead us." Amen.

Fauci was on The Rachel Maddow Show the day after the Inauguration and he and Maddow were positively giddy as they delved deep into the weeds of science specifics. 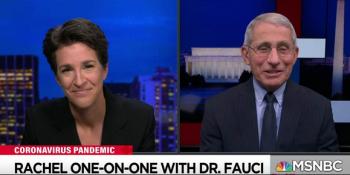 Yet while Fauci assures us that "help is on the way," we are all still home waiting for life to begin in earnest once the vaccination process revs up. TV is still our bestie. But we don't have to see He Who Shall Not Be Named anymore. And honestly—how cool is it to be seeing Vice President Harris every day instead?

Nevertheless, not all the news is good.

(In)Visibilities
GLAAD, the world's largest LGBTQ media advocacy organization, released its annual Where We Are on TV report. The report analyzes the overall diversity of primetime scripted series regulars on broadcast networks and assesses the number of LGBTQ regular and recurring characters on primetime scripted cable programming and original scripted streaming series on the services Amazon, Hulu, and Netflix for the 2020-2021 TV season.

But LGBTQ characters and queer TV took a hit from the pandemic. The virus's impact also illumined a problem GLAAD exposes in their report. A disproportionate number of LGBTQ characters have been created by just four showrunners: Out queers Greg Berlanti, Ryan Murphy and Lena Waithe, as well as LGBTQ-ally Shonda Rhimes, were responsible for 17% of all LGBTQ representation this year, with 62 of the 360 characters (across network, cable and streaming) appearing on their 16 series. In short only 5% of all scripted shows accounted for 17% of LGBTQ characters on TV.

And then there is the gap in feature players. The CW's Batwoman is now the only broadcast show with an LGBTQ lead character (with Javicia Leslie's Ryan Wilder replacing Ruby Rose's Kate Kane). The dearth of LGBTQ-inclusive shows exemplified how only a small number of shows create a disproportionate amount of representation.

The report states 9.1% of series regular characters scheduled to appear on broadcast scripted primetime television this season are LGBTQ, a decrease from last year's record high of 10.2 percent.

The worst news was that cable programming saw the largest decrease in LGBTQ characters, down from 215 to 118. GLAAD cites this as "further proof of a point that a handful of series, while outstanding, have an outsized impact." 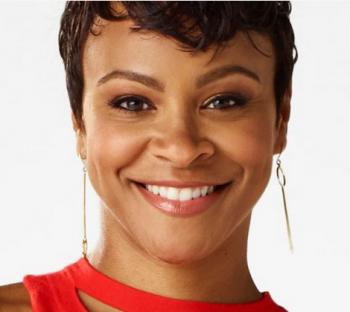 GLAAD explained that "The importance and impact of television has grown exponentially this year." So true—so now we need more characters in lead roles to prove LGBTQ people really are fully integrated into the TV landscape.

The good news is that fully half of all LGBTQ characters are people of color. But as we have been writing for years, sometimes those characters are doing double-duty on their series as the person of color and the queer person, like Angela (Carly Hughes) on American Housewife, who is both the only Black character and the only gay one. But Hughes recently left the show, citing discrimination and other issues she said created an untenable workplace. Two producers, including the series creator, have subsequently left the show. 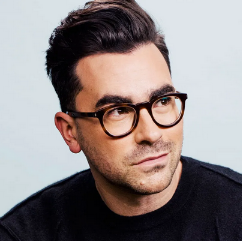 Dan's the man
Emmy heavyweight Schitt's Creek is one of those shows with a strong queer presence and everyone loves Dan Levy. So set your DVR now for Levy's hosting debut on Saturday Night Live on Feb. 6, with musical guest and singer-songwriter, Phoebe Bridgers.

SNL will return from hiatus for a five-week run starting on Jan. 30, when The Office star John Krasinski hosts with musical guest Machine Gun Kelly.

The phenomenal Regina King, who is brilliant in everything, will host on Feb. 13 with music from Nathaniel Rateliff.

Flack on
Who doesn't need some high-end trash TV right about now? Set in the world of high-stakes celebrity public relations, Flack stars True Blood's out bi actor Anna Paquin as the PR queen everyone needs, and also wants. 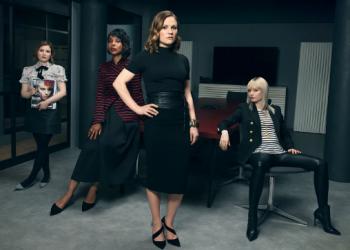 Anna Paquin (center) and the main cast of 'Flack'

Robyn (Paquin), an American PR executive living in London, must figure out how to make the best of bad situations and somehow manage to get out unscathed. Robyn specializes in clearing up the monumental messes caused by her hapless and selfish clients.

But of course all is not what it seems in this world of celebrity and surface. Robyn has issues —lots of them— men, women, addiction, power grabs.

High drama follows high maintenance and this series has all of that. Flack is super watchable and relatable. An absolutely stellar cast includes Sophie Okonedo, Sam Neill, Bradley Whitford and the gorgeous Daniel Dae Kim. It's luxe and dirty, trashy and bingeworthy and Paquin is, as always, superb, as is Okonedo.

This Brit series was grabbed by Amazon and the second season just dropped. Creator Oliver Lansley, who has been described as a British Ryan Murphy, directs in season two. Enjoy.

Zoey's trope
Season 2 of NBC's song-and-dance romp Zoey's Extraordinary Playlist, set in San Francisco is back and if you don't watch this delightful queer-friendly dramedy, put it on your own playlist. 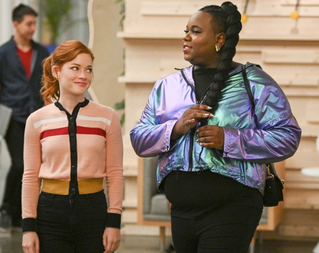 Jane Levy plays Zoey Clarke, a programmer who has been recently promoted to engineering manager at San Francisco-based SPRQ Point, a tech firm specializing in smart devices and apps. An earthquake occurs while she is getting an MRI, and a huge playlist of songs on file is downloaded into her brain. She then discovers she can now perceive the innermost thoughts of others in the form of popular songs and dance.

Alex Newell, who played the fabulous Unique on Glee, is Zoey's genderfluid neighbor, Mo. Mo is a DJ and he helps Zoey recognize her powers and how to use them in the best way.

Zoey's Extraordinary Playlist is also one of the few shows that has a disabled character. Peter Gallagher plays Zoey's father, Mitch, who has PSP (Progressive Supranuclear Palsy), which is an ALS-like disease. Mitch can't speak and Zoey communicates with him via her new gift.

This is the kind of confection we need to buoy our spirits, with Mary Steenburgen and Lauren Graham and some amazing guest stars like Bernadette Peters and Renée Elise Goldsberry. 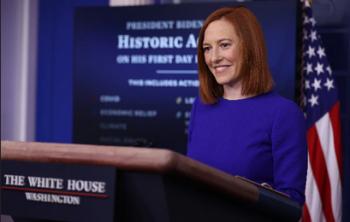 After four years of lies and months of no briefings at all, Psaki's professional yet friendly hour-long briefings will remind many of The West Wing's C.J. Cregg (Allison Janney).

These press briefings are meant to inform the public, not just answer press questions. To that end, on Jan. 25 Psaki announced all press briefings will be signed in American Sign Language (ASL), which is decades late, but yet another example of the Biden-Harris commitment to disabled Americans. (Firefighter Andrea Hall signed the Pledge of Allegiance at the Inauguration, another first.)

So for scripted and unscripted TV, and a whole new binge-worthy drama in DC, you know you really must stay tuned.

Lawfully good: The Lavender Tube on SVU, Johnny Sibilly and more
Sign up!