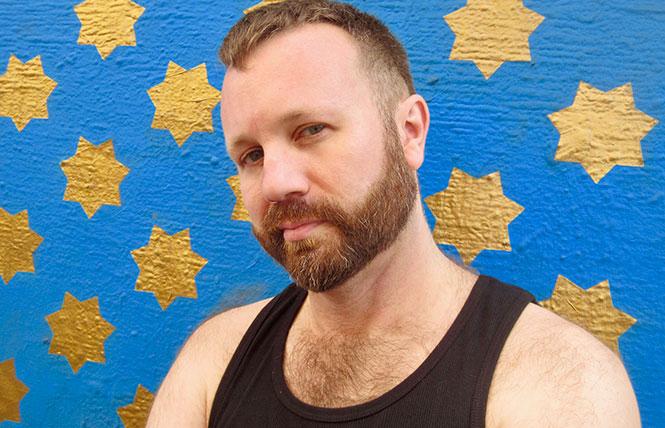 There aren't many up and coming gay singer-songwriters who can say that they were given the seal of approval by queer royalty at the start of their careers. But Dylan Rice can. Styx co-founder and bassist Chuck Panozzo not only collaborated with Rice on his 2002 demo, he also performed onstage with Rice at the 2006 Gay Games closing ceremonies. Rice, who relocated to San Francisco in 2016, recently answered a few questions about his life and music.

Gregg Shapiro: Dylan, how long have you been living in San Francisco and what precipitated the relocation from Chicago?
Dylan Rice: I moved to San Francisco in 2016. It wasn't easy leaving the tight-knit music community of Chicago, where I learned how to craft a four-minute rock song, hustle to get a gig, and grow as an artist in a safe space where I could make rookie mistakes.
I had been braving those long winters for 20+ years, turning 40, and I felt an itch for a new queer adventure out west. I grew up a closeted queer kid in the hostile pressure valve of Salt Lake City during the '80s. I had dreamed of escaping to San Francisco, where I visited my aunt as a kid, to become my authentic self. I saw men holding hands in leather chaps, and even though I didn't know exactly who I was, I felt an inkling of: This is freedom, this is peace, this is where I want to be. Turns out I wanted to walk where Harvey walked. I wanted to dance where Sylvester danced. I wanted to write where Allen wrote. 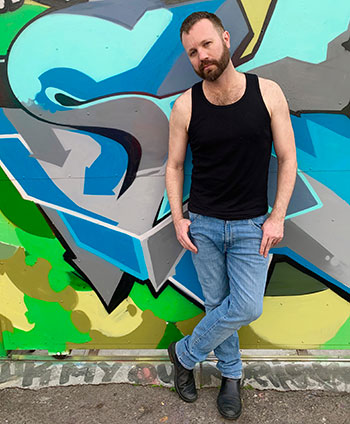 What do you like best about San Francisco?
Besides being a gorgeous city with the pastel Victorian architecture and the dizzying hills that seem to be smack dab against the Pacific, I love that social justice and art run in the blood here. San Francisco is one big experiment in making the world a better place by lifting up the people who were forgotten or oppressed and throwing the biggest, most fabulous festival at the same time. I love that Pride here is a citywide phenomenon that all walks of life clamor to celebrate. I love that Folsom Street Fair is a shining beacon of democracy and freedom, but in a very San Francisco way. The city just keeps on experimenting, challenging itself, iterating, and reinventing.

What can you tell me about your work at the San Francisco Entertainment Commission?
I get to be a civil servant who is hopefully informed by my work as a musician and producer. A lot of what we do is regulate entertainment venues and amplified sound. I'm very lucky to be in a position to support the entertainment community through promotion and outreach programs.

I love geeking out on creating toolkits and FAQs [laughs]! I've always been drawn to helping artists and creative entrepreneurs find the resources they need to thrive. I'm witnessing that city government can strike a balance between supporting a thriving art and entertainment scene and protecting the safety of the public. I'm also very lucky to work with such amazing, smart, and dedicated staff and commissioners.

How is the pandemic affecting your job?
The entertainment and nightlife industry is experiencing an existential crisis; here and across the globe. My job is to get the word out as quickly as possible about all of the latest rules and financial assistance and best practices that affect bars, restaurants, music venues and the industry at large.

The situation keeps changing. The virus is a moving target. There is so much uncertainty and loss and fear in the community. To some extent, my job has also been to listen to the community and honor those stories. Recently my office helped launch a storytelling campaign, #DearSF, honoring and chronicling those stories of entertainment venues and small businesses impacted by the pandemic.

Were the songs on your new album Fits and Fevers, your first solo album in 10 years, written specifically for this record or were they songs you'd been working on in the interim?
Between the new album and the last solo one, I was singing in the synth-rock band Software Giant in Chicago with Johnny Iguana. I loved that moody New Wave musical period, but I was missing my guitar and folk-rock roots. Fits and Fevers became a mix of older anthem-heavy songs that had been simmering beneath the surface for several years and newer ones that came bubbling out of me when I moved here as I was redefining my queer identity in a new setting.
I met producer-engineer Adam Muñoz at Fantasy Studios in Berkeley. We totally clicked personally and creatively. He got my Rock-Americana-Goth vibe. We recorded much of the album at Fantasy. It was one of the last projects there before it closed. 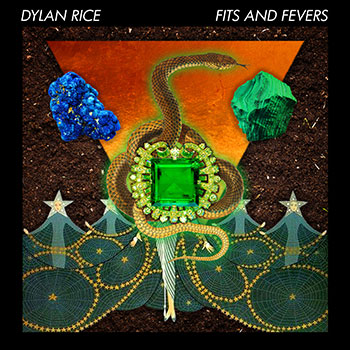 "Throes" really stands out because of its reference to SoMa. How has San Francisco been a songwriting inspiration?
"Throes" is my love letter to the queer leather bars in SoMa. I decided to make it an old-timey country ballad, like if Johnny Cash wrote a song for the queer leather bar set. Instead of "A Boy Named Sue," it's a tale of characters desperately looking for love and redemption in the dark corners, in the backroom. There is "Hank with an app who dances in your lap" and a drag queen named "Rosaline who steals the show with her cataclysmic crow." There is wild love, heartbreak and loneliness in those transformative spaces.

I also noticed the album includes themes of survival, which can be heard in the songs "A Garden of You" and "Tent City Chorus."
Both songs are about survival in the urban decay. One is present day and one is dystopian. "A Garden of You" is an urban pastoral about the culture workers who use art to cultivate justice and equity in the neighborhoods that need it most.

"Tent City Chorus," on the other hand, is apocalyptic and tries to imagine what a homeless encampment would sound like if they had a voice in a Greek tragedy; how their defiant and self-reliant spirit would survive the fall of the "kingdom" of civilization. They chant: "We don't need your life...We don't need a home for your conscience."

In terms of your music and performance during the pandemic, what tools are you utilizing for those purposes, and what do you hope to do musically when it is safe again?
Since the pandemic hit, I had to cancel my album release show in April at Ivy Room. It was going to be this amped-up full band show; then the world went into lockdown.

I've been taking to the streaming platforms on Facebook and Instagram as an intimate way of getting my music to my fans, having fun with merchandising. I'm about to release a Fits and Fevers tea blend with Eli Tea from Detroit. It contains Colorado lavender! When we can finally gather in music venues again, I plan on getting the band back together, doing the Biggest Do-Over Show Ever. It's gonna feel like a religious revival. And I refuse to sing through a mask. If it's behind a scrim with backlighting, well then, we can talk (laughs).

Dylan Rice's livestream performance, June 6 at 6pm PST, can be viewed at www.facebook.com/dylanricemusic