Georgia O'Keeffe on their minds 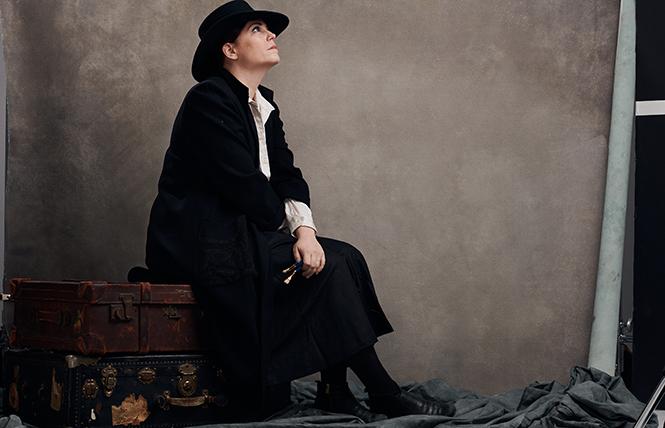 March goes out like a lion, at least on the San Francisco music scene this year. Three concert events — a new opera, music of the avant-garde, and a debut series exploring music of promising composers and their influences — vie for attention as springtime approaches.

Innovative Opera Parallele presents the world premiere of "Today It Rains," based on an event in the life of painter Georgia O'Keeffe, March 28-31 at Z Space in SF. OP's founder and artistic director Nicole Paiement and creative director Brian Staufenbiel, in partnership with American Opera Projects (AOP), co-produce the new chamber opera with music by Laura Kaminsky, libretto by Mark Campbell and Kimberly Reed (based on an original idea by Campbell) and projection design by Reed.

The opera's intriguing premise derives from a train ride O'Keeffe took in 1929 with her friend and fellow artist Rebecca Strand from New York to Santa Fe. O'Keeffe's personal journey, traveling three days and finding an epiphany in the Southwestern landscape, examines her exasperating love relationship with husband photographer Alfred Stieglitz, and her need for fresh artistic inspiration.

Composer Kaminsky illustrates the exhaustive research of librettists Campbell and Reed with music colored by popular tunes of the day and a palette ranging from 19th-century German Romantics to American folk and blues, and Native American music of New Mexico. Nicole Paiement conducts an ensemble of 19 singers and instrumentalists to re-create a pivotal moment in the iconic artist's life and reflect on the universal issues it raises. www.operaparallele.org

Other Minds Festival 24, Sat., March 23, at the Wilsey Center Taube Atrium Theater in San Francisco, is dedicated to rarely heard string chamber works of Franco-Russian microtonal composer Ivan Wyschnegradsky (1893-1979). Arditti Quartet of London, champion of his music and collaborators with many great 20th and 21st century composers, presents a program of U.S. premieres that includes String Quartet No. 2 by living composer Georg Friedrich Haas, an admirer of Wyschnegradsky and a radical proponent of experimentation with sound himself. 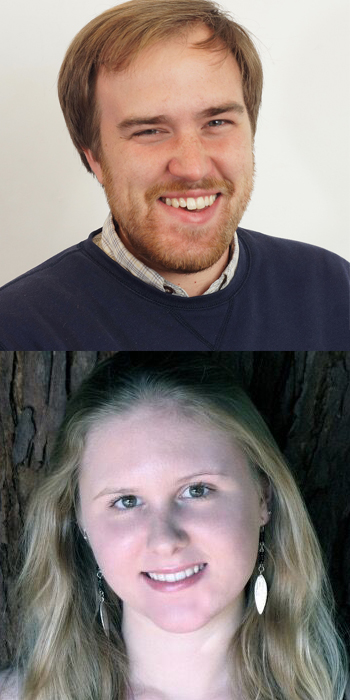 Works by composers Danny Clay (above) and Gabriella Smith (below) will be featured in Bard Music West Plays: Games and Revolutions at Center for New Music in SF. Photos: Bard Music West

Wyschnegradsky's music may be challenging, but genial Other Minds artistic director Charles Amirkhanian has wanted to bring it to the U.S. ever since they met in Paris in 1972. The synesthesia (perceptual phenomenon) experienced by composer Alexander Scriabin — coordination of color and sound, mysticism, and the exploration of new harmonies — was an early influence on Wyschnegradsky. Later considered one of the founding fathers of microtonal composition and theory, but mostly overlooked to this day, the neglected composer has finally found his way to the U.S. With supporters like Amirkhanian and the Arditti Quartet, he should fit right in with Other Minds. www.otherminds.org

Bard Music West launches a new concert series, "Bard Music West Plays: Games and Revolutions" March 28-31 at four regional sites, starting Thurs., March 28, at Center for New Music, 55 Taylor St., SF. Featuring two young composers with Bay Area connections, Danny Clay and Gabriella Smith, the program explores their music and inspirations from children's games to Joseph Haydn. Co-curating with Bard Music West artistic directors Allegra Chapman and Laura Gaynon, they put forward works for inclusion with their own. The composers will be present at almost all of the performances for conversations with the audience.

Admission costs vary at different venues from $5 student to $15 general, "Pay what you can, suggested minimum of $15," and "Free with museum admission" at a Saturday matinee March 30 at Berkeley Art Museum and Pacific Film Archive. Bard Music West and its talented participating artists want to make it fun, interesting, and affordable. Previous encounters have proved their mission works.