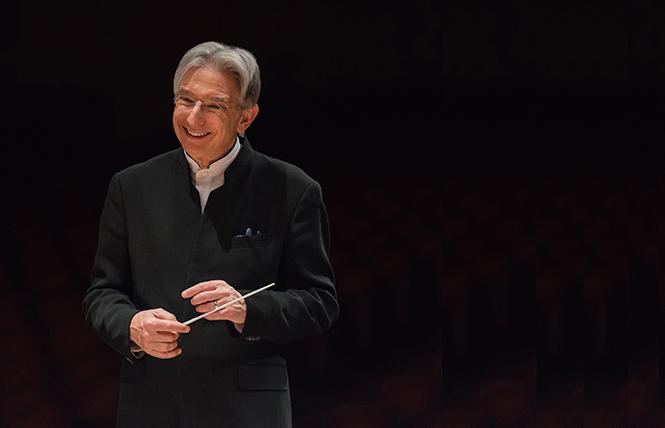 The announcement by the San Francisco Symphony and Michael Tilson Thomas of the 2019-20 season marks the track for the departing Music Director's final victory lap at Davies Symphony Hall. With typical style and imagination, the schedule celebrates MTT's historic 25-year tenure and highlights his specialties: composers, programs, and landmark initiatives.

There will not be time for nostalgia as the tireless leader sprints from the opening-night gala (in honor of him & husband Joshua Robison) to the grand finale, Mahler's Symphony No. 8, "Symphony of a Thousand." Old friends and colleagues, famous guests, and young artists mentored by MTT and the SFS will join in keeping the party lively.

MTT conducts the world premiere of his song cycle "Rilke Songs" and the West Coast premiere of his chamber orchestra work "Lope," inspired by walking his dog (which poodle to be revealed). In June 2020, SFS Media will release an album of his compositions, recorded live. 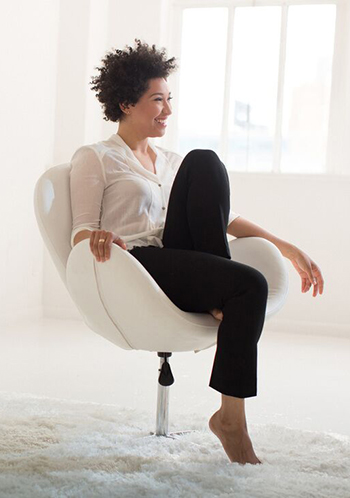 Soprano Julia Bullock made her SFS debut with a show-stopping "Somewhere" in MTT and the Symphony's 2013 semi-staged production of "West Side Story." An important San Francisco Opera debut followed, in the world premiere of John Adams' "Girls of the Golden West." Named as one of eight creative partners who will collaborate with Esa-Pekka Salonen and the SFS when he begins his tenure as Music Director in September 2020, Bullock will perform two poetic song cycles with him in February. She later curates and performs two concert programs.

Mezzo-soprano Sasha Cooke is also at ease on both sides of Grove Street, performing regularly at the SFO and in more than 14 works with MTT and the SFS. Her Mahler is sublime, and appearances in semi-staged productions and Berlioz's "Romeo et Juliette" have earned a strong local fan-base. She is an international star, but her return, which includes performing and curating three projects, proves her commitment to MTT and the Bay Area.

World-renowned violinist Anne-Sophie Mutter made her SFS debut in 1988, and she has returned often. She traveled with the SFS in 1996 for the first-ever European tour with MTT. Mutter later performed all of Beethoven's violin sonatas in three solo recitals in two days. She returns in 2019-20 to perform three programs she has planned in celebration of Beethoven's 250th birthday.

MTT loves Beethoven, too, and will mark his own 75th birthday acknowledging the master's 250th with performances throughout the season of Symphonies Nos. 2, 5, and 7; Piano Concerto No. 2 with Emanuel Ax; and the Violin Concerto with Anne-Sophie Mutter.

A new semi-staged production of Wagner's "The Flying Dutchman" should remind everyone of MTT's knack for the theatrical. The original DSH event was one of the biggest successes in his innovative series of symphonic shows.

The season would not fully represent MTT's strong suits without a generous serving of Mahler. Beginning with the Sixth Symphony, the work that launched the Mahler Project in 2002 and won a Grammy, and before the season ends with the mighty Eighth, there will be performances of selections from "Des Knaben Wunderhorn" with Sasha Cooke and bass-baritone Ryan McKinny, and the composer's Ninth Symphony.

Conductor Marin Alsop has said of the Sixth, sometimes called the "Tragic," she isn't sure "there has ever been a more fitting symphony for our time." Anyone present for MTT's profoundly moving interpretation in the days following 9/11 would have to agree. That cathartic experience joined conductor, musicians, and audience in a bond that made us face our grief and find a measure of solace. It proved the transcendent power of music and MTT's great gift to express it.

There is much more to explore in the 2019-20 season, including two weeks of concerts led by Music Director Designate Esa-Pekka Salonen. We will preview events as the dates come closer. More details and info: sfsymphony.org/MTT25.

This week, performances featuring violinist Christian Tetzlaff, March 14-17, offer a taste of selections for the upcoming MTT/SFS final national tour together. Note to self: Find out what protein powder the maestro uses.