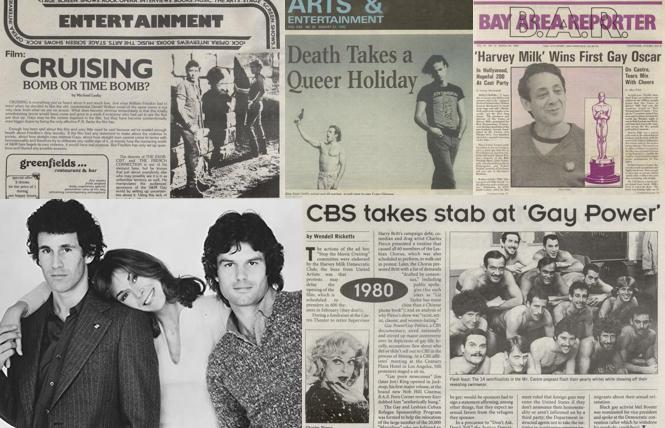 The talk will be viewable live, then archived, on the Bay Area Reporter's Facebook page, www.facebook.com/BayAreaReporter and our YouTube channel, www.youtube.com/c/bayareareportersf

Brian Bromberger is a freelance writer. Not only has he written for The Bay Area Reporter covering films, books, television, and cultural topics, but he was a staff writer for The Sentinel, the B.A.R.'s competition as the weekly LGBTQ newspaper here in San Francisco, before its demise in 1995. He's also written for Gay and Lesbian Review. Degrees include a Bachelor's and Master's Degrees in Psychology from Johns Hopkins University, as well as a Masters of Divinity from Princeton. He's worked for UCSF on a contractual basis, plus provided administrative and volunteer support for nonprofit organizations. His writing topics include social sciences, religion/spirituality, history, and fiction. 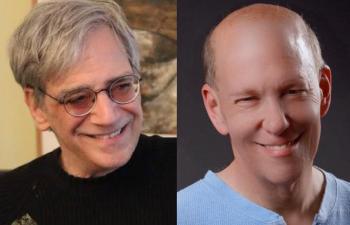 Brandon Judell is currently a professor in the Department of Theatre at The City College of New York, teaching such courses as "LGBTQI Theatre and Film." He has edited the best-selling The Gay Quote Book and has been anthologized in numerous tomes and literary magazines. His film critiques and interviews with directors, actors, and authors have appeared in The Bay Area Reporter, The Village Voice, The New York Daily News, The Advocate, and many other publications. He's also a member in good standing of GALACA: The Society of LGBTQ Entertainment Critics and NYFCO: New York Film Critics Online, plus a Rotten Tomatoes Approved Critic.

Jim Provenzano is the Arts & Nightlife Editor for the Bay Area Reporter, and has been an editor and freelancer for the B.A.R. and numerous other LGBT media for more than three decades. He is also the author of seven gay fiction novels, several plays and a short story collection.

Again, the talk will be viewable live on October 7, 6pm PT, then archived, on the Bay Area Reporter's Facebook page, www.facebook.com/BayAreaReporter and our YouTube channel, www.youtube.com/c/bayareareportersf