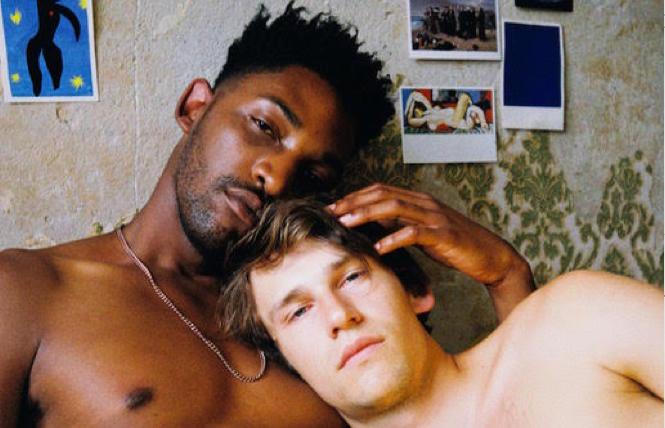 Four fabulous film festivals are rolling out their ticketing plans, with online screening schedules and even some fun drive-in shows. Get the reel deal info on Frameline, OUTshine, Livable Planet and CAAMfest movie events with LGBT content.

Frameline45
The most attended and longest festival in the venerable international LGBTQ fest's history (18 days), 2021's offerings will include a mix of in-person and virtual events, with the first week presenting outdoor and drive-in events, and the last 11 days focusing on virtual timed and on-demand screenings of their many included films. 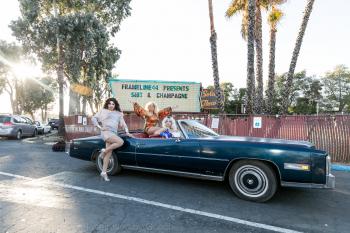 "Following our off-cycle festival last September, we are thrilled to return the festival to its rightful home during June's Pride Month," said James Woolley, Frameline Executive Director. "In the spirit of celebration, this homecoming will restore some of the magic of our in-person festival experience with a slate of outdoor and drive-in events, as well as the largest lineup of virtual LGBTQ+ programming ever! We look forward to sharing our complete lineup in the coming weeks."

With the program accessible on your computer, tablet, or most smart TV apps, it's never been easier to experience the Festival on your own time. And while we miss visiting the Castro, Roxie and Victoria theaters, we don't miss the mad scramble to save seats for friends.

An all-access pass includes Frameline's many presentations; 50 of the newest, groundbreaking LGBTQ films and a dozen digital talks with stars, directors, and very special guests. Passes start at $95 for Members and $115 for Non-Members.
https://frameline.org/passes 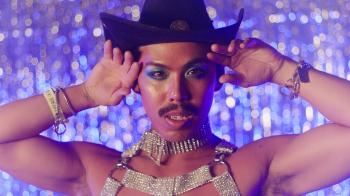 CAAMFest
The Center for Asian American Media is a nonprofit organization dedicated to presenting stories that convey the richness and diversity of Asian American experiences to the broadest audience possible. Their annual film festival is online this year, and they have many year-round screenings and events, including many Bay Area films, and LGBT-themed movies.

CAAMFest 2021 Opens on May 13 with Drive-In Screenings of Debbie Lum's Try Harder! The film captures the college application experiences of several students at San Francisco's Lowell High School. What seems like an exciting stage in their lives at first, quickly reveals itself to be an emotional rollercoaster.

The members-only CAAMFest 2021 ticket purchase period is April 18-19. During this window, CAAM Sustaining members receive first access to the CAAMFest website and opportunity to buy tickets before they go on sale to everyone.
caamfest.com 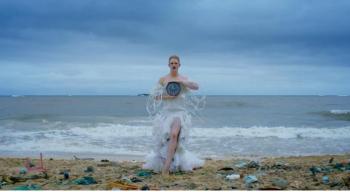 Alone Out Here: In the moment of catastrophic climate change, Jon Wright, a gay farmer, is faced with a dilemma. His 22-year commitment to transform the genetics of his bull herd are pitted against the attitudes of the beef industry. Through his journey of loss and survival, we learn what it takes to be true to yourself, at any cost.

Dear Mother Nature; Wyn Wiley and his alter ego, environmental advocate drag queen Pattie Gonia, are here to tell you that 'Mother Natch' is hella pissed. Wiley uses the community of allies he has built around his persona to bring attention to a dire environmental disaster washing up on the shores of Hawaii: single-use plastics. Wiley witnesses plastic in the GI tracts of loggerhead sea turtles, engages in the Sisyphean task of cleaning up brittle fragments of beach plastic, and ultimately creates inspirational works of art out of the wreckage.

Transending follows the journey of Erin Parisi as she comes into her own identity as a transgender woman and trains for the Seven Summits to create awareness and visibility for the trans community. For tickets, visit livableplanet2021.eventive.org

OUTshine
The 23rd annual OUTshine Film Festival will take place April 23 to May 2, and will be mostly digital. More than 80 LGBTQ films from around the world will be viewable, beginning with the opening night presentation of Potato Dreams of America, a semi-autobiographical comedy film that follows director Wes Hurley growing up in Russia and coming to the United States with his mail-order bride mother.

Additional highlights for the week include The Triple Threat, A Good Man, the documentary Keyboard Fantasies and the Closing Night film Charlatan.

"No matter who you are or what your coming out journey has been, we have a film for you," says Victor Gimenez, Executive Director of OUTshine LGBTQ+ Film Festival, a bi-annual film festival with a mission to unite the community through social events and films that inspire, entertain and educate. Launched in 2008 as The Miami Gay & Lesbian Film Festival, the festival expanded ten years later to include the Fort Lauderdale Gay & Lesbian Film Festival. Both were brought together as OUTshine LGBTQ+ Film Festival, with the Miami edition held every April and the Fort Lauderdale edition held in October.

Tickets to all OUTshine Film Festival films are on sale now at www.outshinefilm.com