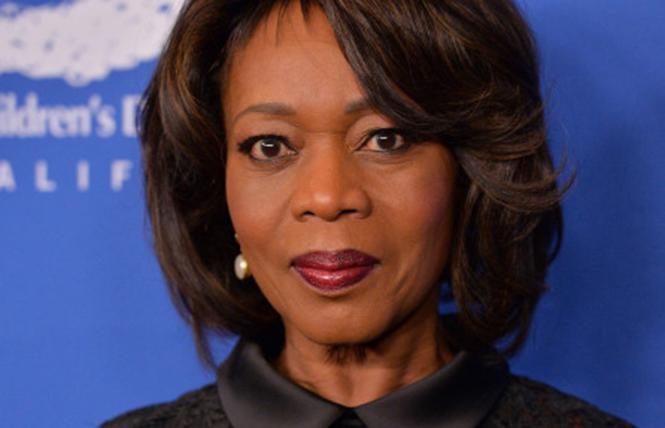 Every year the Sundance Film Festival sets the agenda for independent cinema in the U.S. Here's a rundown of 18 Sundance 2019 winners, along with a brief description of why they stood out among the thousands of submissions received by the Sundance judges every year.

"Sea of Shadows" A highlight of this year's acquisitions was National Geographic's purchase of Oscar-winning film star Leonardo DiCaprio's environmental doc. It focuses on the fate of the vaquita, the world's smallest whale, near extinction as its habitat is obliterated by Mexican cartels and Chinese mafia, who seek the swim bladder of the totoaba fish, described by some as the "cocaine of the sea."

"Clemency" Years of carrying out death-row executions have taken a toll on warden Bernadine Williams. As she prepares for another execution, Williams confronts her emotional demons. Winner of the U.S. dramatic competition, African-American filmmaker Chinonye Chukwu directs Alfre Woodard as the warden who connects with a death-row inmate.

Rachel Lears' "Knock Down the House," about the election of Congresswoman Alexandria Ocasio-Cortez and her fellow Democratic disruptors, was another Sundance winner.

"Honey Boy" One of three special jury prize winners in the U.S. dramatic competition, helmer Alma Har'el declared, "I'm really proud to be here in a year where 44% of the directors are women," adding, "The hustle is real. We're here, we're ready. Stop sending us to shadow fucking white men!"

Chiwetel Ejiofor's "The Boy Who Harnessed the Wind" won the $20,000 Alfred P. Sloan Feature Film Prize, for a film that focuses on science or technology.

"The Last Black Man in San Francisco" Joe Talbot won for his film in which a young man searches for home in a changing city that seems to have left him behind. This Bay Area drama stars Jimmie Fails, Jonathan Majors and Danny Glover.

"American Factory" Steven Bognar & Julia Riechert won for this doc set in post-industrial Ohio, where a Chinese billionaire opens a new factory in the husk of an abandoned GM plant, hiring 2,000 blue-collar Americans.

"Always in Season" Jacqueline Olive received a Special Jury Award for Moral Urgency for this story about 17-year-old Lennon Lacy, found hanging from a swing set in rural North Carolina in 2014. His mother's search for justice and reconciliation begins.

"Jawline" Liza Mandelup received a Special Jury Award for Emerging Filmmakers. The film follows 16-year-old Austyn Tester, a rising star in the live-broadcast ecosystem who built his following on wide-eyed optimism and teen girl lust, as he tries to escape a dead-end life in rural Tennessee.

"Apollo 11" Todd Douglas Miller won a Special Jury Award for Editing. A look at the Apollo 11 mission to land on the moon led by commander Neil Armstrong and pilot Buzz Aldrin.

"Midnight Family" Cinematographer-writer-director Luke Lorentzen won for this study of one of Mexico City's wealthiest neighborhoods, where the Ochoa family runs a private ambulance for patients in urgent need of help.

"We Are Little Zombies" A Special Jury Award for Originality was given to Makoto Nagahisa's film. A quartet of Japanese orphans forms a rock band.