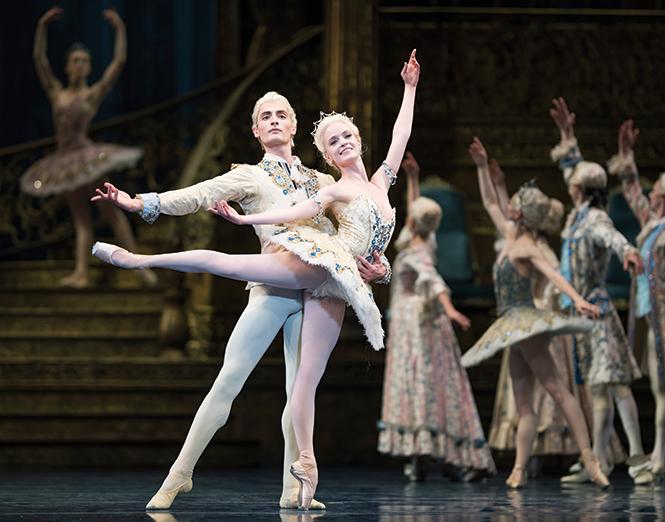 A very happy audience jumped to their feet Saturday night as the curtain came down on "The Sleeping Beauty" at the SF Opera House, giving the ballerina, Sasha De Sola, an ecstatic, grateful, and well-deserved standing ovation. It was opening night of Program 4, the midpoint of San Francisco Ballet's winter season: another rainy night, ending a day that began with an alarming collapse of the BART computers, which had led many to suspect a cyberattack. How would we get to the City if the systems didn't come back up? The dancers made us glad we'd come out. 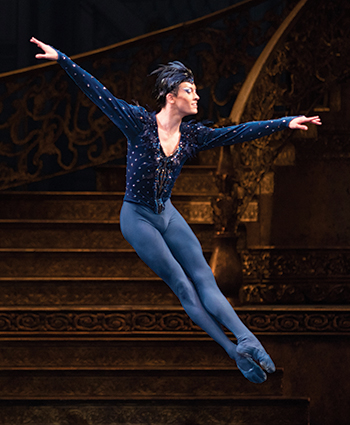 They seemed themselves a little unnerved, the dancers, as if there'd been a little earthquake. Across the board there were little stumbles — though not from Ms. De Sola, who was a radiant presence throughout, like Margot Fonteyn when the bombs were falling in the Blitz of London. Like Fonteyn, its most famous exemplar, she was stalwart and radiant in this most demanding of roles. She showed sovereign control as she balanced on tiptoe, unsupported, in the shape of the FTD icon, as if she could stand still in the air as long as it took. And she could take charge of the fate of the country if need be.

This fairy tale is an ideal fiction that shows bravery in the abstract. Like the epics of Tolkien or Tamora Pierce, these tales may seem like the least "important" kind of narrative, but they contain great emotional power, since they bring meaning in disguise. At their most fanciful, at their least "realistic" moments is when they deliver the goods: the power of beauty, or love, or generosity sneak past our defenses and conquer the heart.

When San Francisco Ballet's 1990 "Sleeping Beauty" was new in San Francisco, it was the height of the AIDS epidemic, and a fairy tale that hinged on a cursed blood disease (when the princess is pricked by the spindle, she will die) resonated with everyone who had AIDS or had friends they loved who were in danger. This production seemed to many of us to be a political statement in support of the gay community, and in his review of the opening night back in 1990, the B.A.R.'s wonderful dance critic Keith White gave full credit not only to the majesty of the ballet itself, which was then celebrating its 100th anniversary since its creation by Marius Petipa in St. Petersburg, Russia, but also to the power it had to give hope and consolation to those, like himself, who had the disease and lay under a sentence of death. It was indeed the last dance review Keith wrote. He'd stayed alive to see the premiere of Helgi Tomasson's production, and he'd found extraordinary support from all the dancers, especially Muriel Maffre as the Lilac Fairy, whose powers within the fiction could commute the curse sentence into "100 years of sleep," "until a prince will come from afar and awake you with a kiss." 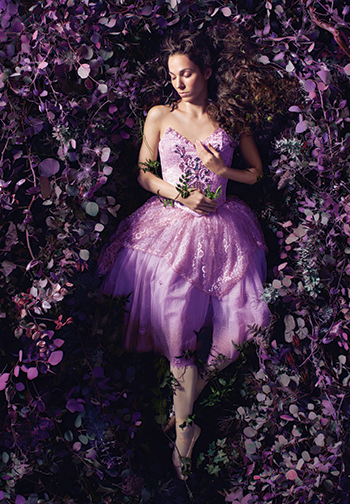 Ideal fictions deal with what can be imagined. They give shape to hopes for better days to come that we know cannot be realized with the means we have at hand right now. In 1990, there was still no AIDS cocktail. It was only a few years later that we started to see those who had AIDS get younger day by day, as the new drugs took hold and fought the virus back. Keith White died within a few weeks of the debut of "Sleeping Beauty." But he has not been forgotten, certainly not by those students at the SF Ballet School who have received the Keith White Memorial Scholarship, funded by Bob Ross, the late founder of this newspaper.

Many danced well last Saturday night. It was a rocky evening; all gave of their best. The last act went best, and in the wedding divertissement best of all was Lonnie Weeks as the Bluebird, who comes from another Perrault fairy tale to dance with his enchanted princess, the brilliant dancer Koto Ishihara (in their story, he teaches her to fly), at the wedding, and whose charisma had an almost healing power as he flew through a gazillion brisee-volées, an airborne step where the legs flutter like a bird's wings. The audience burst into applause after his first set, and then he continued! His temps de poisson had the perfect classic shape — it's a step where he's high in the air and twists into the shape of a dolphin leaping.

Others who danced superlatively opening night were Ellen Rose Hummel, superb as the Sapphire Fairy, with Esteban Hernandez; Kamryn Baldwin in the lesser but beautiful role of the Silver Fairy; and Dores André as the Diamond Fairy. The White Cat (Elizabeth Powell) and Puss in Boots (Sean Orza) delighted the crowd with their feline charm. Carlo Di Lanno danced the prince with noble grace.

Special mention must be made of the adorable children from the ballet school who danced in the garland dance. They brought a wonderful dimension to the performance with their eagerness and alacrity: Kendall Foley, Graciela James-Hickey, Lily Loft, Natalie Lubinski, Marina Niland, and Marina Oshima.

Jennifer Stahl brought great charm and beauty to the role of the Lilac Fairy. Her power was softer than Maffre's had been, but no less sovereign. The generosity of Stahl's action came mysteriously but unmistakably, from infinite resources deep in the heart.

Best bet is that the production will get better and better, night after night. The classic nature of the piece means that dancers will get deeper and deeper into the movement and find deeper magic within it. New stars will bring new energy. Closing night, I'd wager, will be the best.