Magical History Tour: Out of Site's virtual history of South of Market 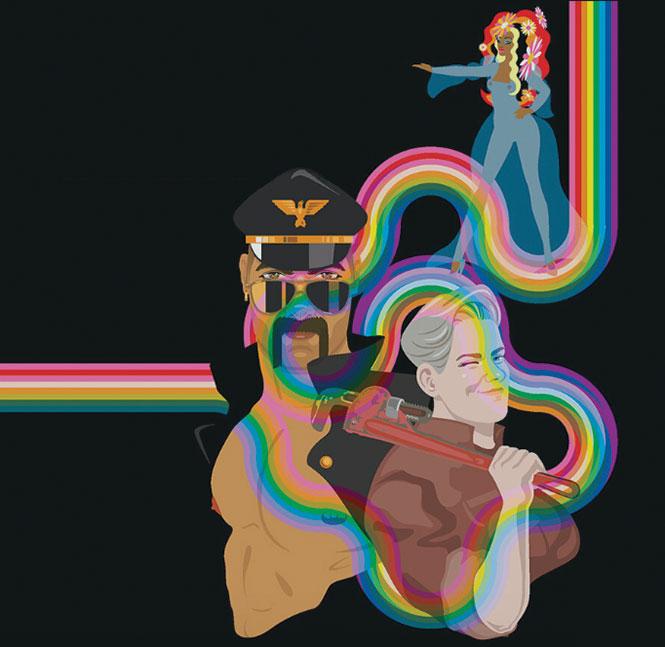 Like many other events, Eye Zen Productions' Out of Site tours have been affected by the Covid-19 pandemic. The tours take patrons on a walk through a neighborhood's queer history during which actual historical sites are visited. The outdoor show features actors playing the people who lived, worked and played on those sites. That version was cancelled for Pride month due to the Covid shutdowns. Undaunted, tour creator Seth Eisen is moving forward. Out of Site: SOMA, this year's planned performance work celebrating the South of Market neighborhood's LGBT history, has been moved online.

The performances will celebrate a wide array of queer people who populated SOMA over the years: "from honoring one's trans identity in the early 1920s, to resisting development in the '60s, to caretaking for each other during the AIDS crisis of the '80s," reads the Out of Site press release. 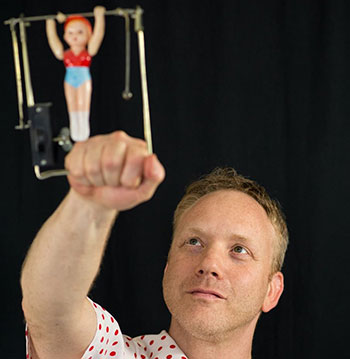 "At first we had been rehearsing our scenes over at CounterPulse, where we're resident artists," Eisen tells the Bay Area Reporter. "As soon as the pandemic hit we continued our rehearsals online, not actually knowing what we were going to do."

As their rehearsals continued, Eisen realized that it made sense to move the performances themselves online, which would make the tours available to more people, both nationally and internationally. The script is written by acclaimed gay novelist K.M. Soehnlein (The World of Normal Boys).

"We feel it's for now an amazing opportunity to have new and different audiences witness the work that we've been making," he said.

Eisen noted that he had to think outside the box in order to make this happen.

Eisen noted that they've made progress with their test audiences. They always have works in progress that they offer for free.

"We've learned a lot over the past couple of months, seeing what works and doesn't work," he said. "And I'm really pleased with the results. People are going to get to see the same work. We haven't really modified it that much, except that we'll be giving the sensation of traveling through time and space. You'll get these aerial views and street views like you're moving about the city, as well as having the live theater happen. We're working with a bunch of different technologies to make that happen." 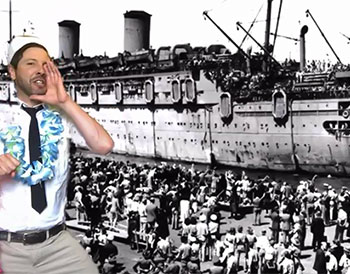 Ryan Hayes in 'Out of Site: SOMA'

Streets to feeds
When the live tours normally happen on the streets of the neighborhood, everyone meets at a set location. The audience then moves from location to location as actors recreate neighborhood figures from the past, performing as though they were in a play. As the audience moves from place to place, points of interest are pointed out along the way while stories about neighborhood history are shared. The audience also goes indoors to some of the locations to "meet" historical figures, such as having an actor play Alan Selby, founder of the famed leather shop Mr. S. Leather. There's also some audience participation involved in the tours.

In the virtual tours, everything happens online with a trio of performers playing multiple roles: Leigh Crow, Ryan Hayes and Hector Zavala. 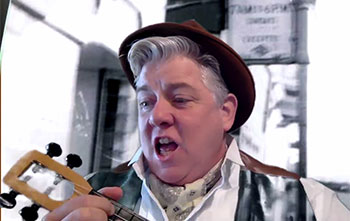 Leigh Crow in 'Out of Site: SOMA'

"When viewers purchase a ticket, they are given a link that leads them to a virtual lobby," Eisen said. "We have cocktail parties that happen pre-show and pre-show tidbits that happen, and then when the show begins, they're viewing from their home. What we do differently to include the audience is that we ask people to dress up, to make beverages and snacks and we share those recipes among the audience. We ask people to dress up in their finest leathers and their kinky and cool queer costumes or drag. And then we ask some of the audience members who have dressed up to participate in the scene."

The performances are done live as though the audience were walking around the neighborhood with the performers.

"The walking-around part is simulated," said Eisen. "So we give them a sense that they're walking through the city. It's all done with virtual backgrounds and green screens. We didn't want to put anyone in jeopardy by having a camera crew with people outside." 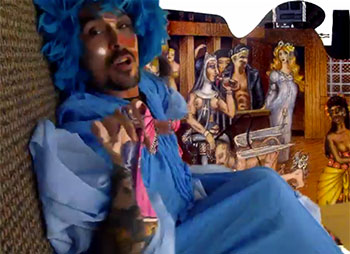 Hector Zavala in 'Out of Site: SOMA'

Eisen wants to remind people that SOMA was once a major hub for the queer and leather communities. The history lesson delves deep into the neighborhood's LGBT past. One of the stories shared is that of Jack Garland, a transgender man who was a journalist for the San Francisco Examiner. He talks about the Philippine/American war in which he served as a male nurse. Garland also helped in the relief effort after the 1906 earthquake.

"His life story was written about by an early transgender activist named Lou Sullivan who was very active in the 1970s and '80s," Eisen said. "And he did a lot for transgender rights during that period, both locally and nationally. So we feature characters that people are not likely to have even heard of, and the histories of the city like the whole labor movement, and how there were queer people involved in the labor movement that really helped create the city. These are histories that people don't much know about. We talk about the businesses that were owned by women and continue to be."

The SOMA tours are part of a larger ongoing project that is about touring different San Francisco neighborhoods and looking at the queer histories of those neighborhoods. Eye Zen's earlier show, Out of Site: North Beach, is now available for free viewing at the Eye Zen website.