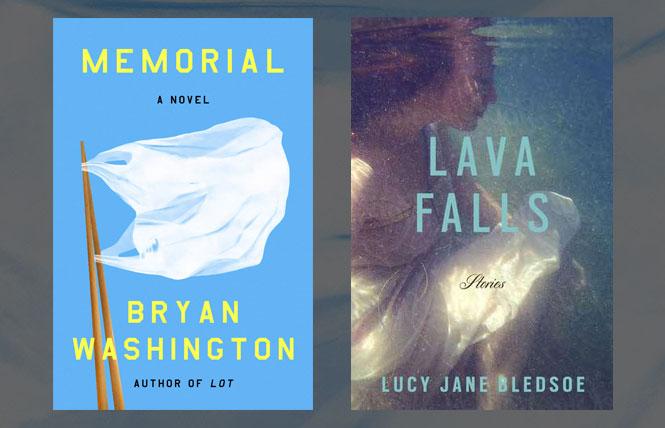 Starting with fiction; newly released in a paperback edition, the 15th book by award-winning lesbian writer Lucy Jane Bledsoe is Lava Falls: Stories (University of Wisconsin, 2019/2018), a collection featuring a dozen short stories "at the intersection of wilderness, family and survival."

Not meant to be read on an empty stomach, or even if you're the slightest bit hungry (there's a lot of cooking and eating!), Memorial (Riverhead, 2020) the debut novel by Bryan Washington (author of the acclaimed 2019 short story collection Lot) introduces us to Benson and Mike, a mixed race (one Black and one Japanese) gay couple negotiating their fragile and strained romantic connection while also trying to maintain relationships with their complicated families. The must-read book of the season. 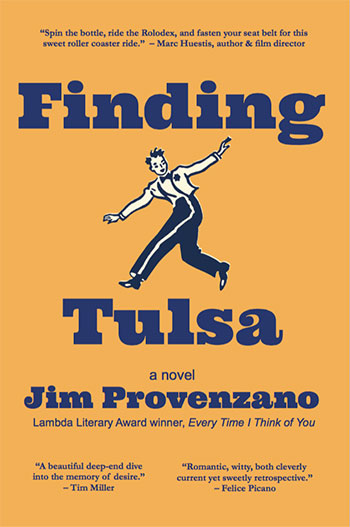 Finding Tulsa (Palm Drive Publishing, 2020), the seventh novel by Lammy Award-winning novelist and longtime journalist Jim Provenzano, provides readers with all the laughs we need at this difficult time (as well as some serious moments), while taking us back to the 1970s and 1990s, as gay filmmaking narrator Stan seeks love and success.

To Be a Man: Stories (Harper, 2020), the debut short story collection by novelist Nicole Krauss is an international affair, whisking readers to various locations, and includes "Zusya on the Roof," in which Brodman meets his grandson in the company of "his daughter, her girlfriend, the homosexual who had contributed the sperm, the homosexual's boyfriend."

It's been said that timing is everything and the publication of As If Death Summoned: A Novel of the AIDS Epidemic (Amble Press, 2020) by Alan E. Rose, coming out as it does in the midst of the COVID-19 pandemic, gives the already powerful story that much more weight.

Longlisted for the 2019 Booker Prize and a 2020 Lambda Literary Award Finalist, The Man Who Saw Everything (Bloomsbury, 2020/2019) by Deborah Levy, now in paperback, takes us back to 1988 where narcissistic, young, bisexual historian Saul Adler's life is forever changed when he is hit by a car while waiting to recreate the iconic Beatles' Abbey Road photo.

On the non-fiction shelf, Peabody Award-winning public radio producer Charles Monroe-Kane, who also served as a producer on a Chicago LGBT radio show, is a "natural born raconteur" and the personal story he tells in Lithium Jesus: A Memoir of Mania (University of Wisconsin Press, 2019/2016) —recently reissued in paperback— about marriage, fatherhood and the stunning events that came before, is one you will not soon forget. 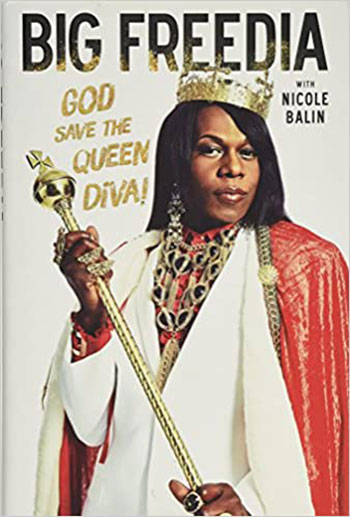 Making its long-awaited paperback debut, God Save the Queen Diva! (Gallery Books/Simon & Schuster, 2020/2015) by Big Freedia with Nicole Balin not only features New Orleans' long-reigning Queen of Bounce Music's story in her own words, but also features the illustrated section, "Big Freedia's Guide to Bouncing Like a Pro."

Poetic in its use and economy of language, Particulate Matter (Akashic, 2020) by Felicia Luna Lemus' slim creative nonfiction book recalls a year in fire-ravaged Los Angeles (pre-dating 2020) when the author's world was upended and the home she shared with her spouse was blanketed in ashes. 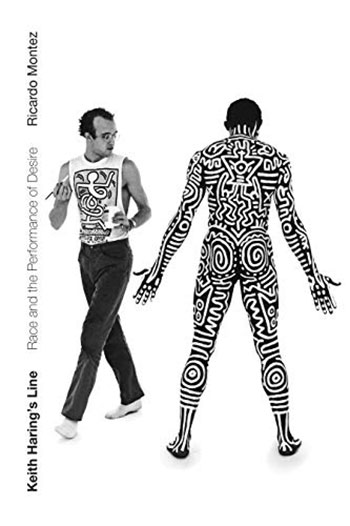 February 2020 marked the 30th anniversary of the passing of groundbreaking gay contemporary artist Keith Haring. In his book Keith Haring's Line: Race and the Performance of Desire (Duke University Press, 2020), Ricardo Montez, Associate Professor of Performance Studies at The New School, follows "the drawn and painted line" that was the hallmark of Haring's art, found on "canvases, subway walls and even human flesh."

Actor turned casting director and former Warner Brothers Television president Alan Shayne guides readers back to the second world war, from Cape Cod to Brookline and beyond, in his queer coming of age memoir The Rain May Pass (Rand-Smith, 2020). 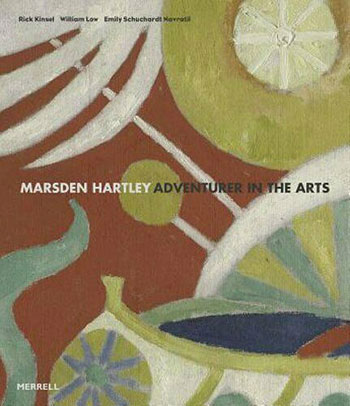 In Getting to Center (William Morrow, 2020), queer multi-hyphenate Marlee Grace (dancer, writer, workshop facilitator) resumes where she ended in 2018's How To Not Always Be Working by providing "a road map for finding" a path "back to equilibrium."

Gender queer Columbia University professor and writer Jack Halberstam "offers an alternative history of sexuality" via an examination of wildness' association with "queerness and queer bodies" in the 20th century in Wild Things: The Disorder of Desire (Duke University, 2020).

Bursting with prolific gender queer writer Mattilda Bernstein Sycamore's distinctive observations and perspective, The Freezer Door (Semiotext(e), 2020) is described as "a meditation on the trauma and possibility of searching for connection in a world that enforces bland norms of gender, sexual, and social conformity."

First coined in 1989, the expression "intersectionality" described something that has existed for many, many years. Roland Betancourt, an associate professor of art history and chancellor's fellow at UC Irvine, investigates the topics of homosocial and homosexual relationships, trans and nonbinary identities and more during the Byzantine Empire in Byzantine Intersectionality: Sexuality, Gender, and Race in the Middle Ages (Princeton University Press, 2020).

If We Were Electric: Stories by Patrick Earl Ryan

The book of Daniel: an interview with gay writer Daniel M. Jaffe