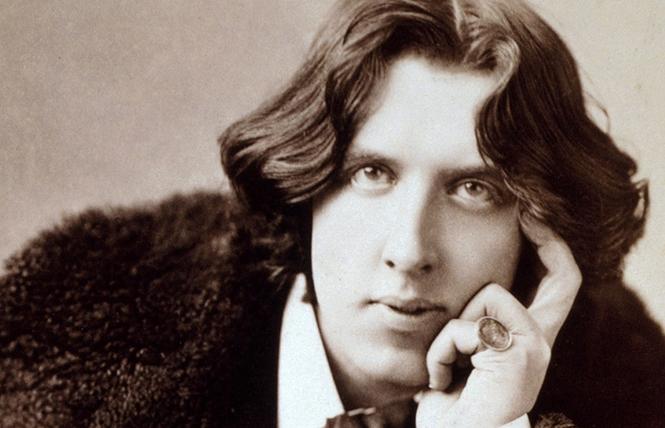 Oscar Wilde is generally thought of as a proponent of gay rights, which has led to the equality we see today, but even more important may have been his role as an environmentalist. He agitated for a healthy and beautiful environment in all spheres, not just in one's private life, but also in education, dress, cities, and in areas that today we reference by the term "environmental." This article will look at his track record in that category.

In 1882, Wilde, fresh out of Oxford University with a gold medal, tall, dressed in silk stockings, and having published a first volume of poetry, delivered a yearlong lecture tour in the United States and Canada. His expenses were paid, and he had a contract for a share of the profits. He spoke on "The Decorative Arts," "The English Renaissance in the Arts" and "The House Beautiful."

In his lectures and in many newspaper articles, he also expressed his concern about the pollution of American, English and Canadian skies and rivers. The Philadelphia Press reported on Jan. 7, 1882, "As the train neared Philadelphia, Wilde again grew distracted and depressed by the scenery. Whitman and other poets, he said, had always been ahead of science, at least conceptually. Now he wondered, 'Why does not science busy itself with drainage and sanitary engineering? Why does it not clean the streets and free the rivers from pollution? Why, in England, there is scarcely a river at some point is not polluted: and the flowers are all withered on the banks!'"

Oscar had an outdoor childhood in Galway, where his father built a summerhouse with magnificent views of Lough Corrib and its 364 islands. As boys, Oscar and his older brother Willie often accompanied their father during his explorations in the west of Ireland. They sketched caves, cairns, monoliths, stone circles, and holy wells, fished and hunted.

On Oscar's lecture tour, he gave 140 lectures in 260 days, to every level of society, from aristocrats to miners, from college boys to lacrosse-playing Canadians. His receptions were varied, both in the people and the press. Often the media acted as if he were fair game to be shot down. Some reporters could see beyond his amusing costume. The San Francisco Chronicle noted that the visiting lecturer spoke "like a man who was capable of deep thought and vigorous conclusions."

Wilde never talked down to his audiences. He was inherently friendly, a good-humored man. He preached, "We do not want the rich to possess more beautiful things, but the poor to create more beautiful things, for every man is poor who cannot create. We want to see you possess nothing in your house that has not given delight to its maker, and does not give delight to its user; we want to see you create an art made by the hands of the people, for all art to come must be democratic."

He visited art schools. Craft centers, sculpting studios and art academies sprung up in his wake, "and untold artists, male and female, took personal inspiration from Wilde's message and example. As both a lecturer and a celebrity, he had made an indelible impression wherever he went, alternately shocking, amusing, entertaining, and enlightening thousands of post-Civil War-era Americans at a time when they were sorely in need of each. It had been a brave, even gallant endeavor."

"Crossing Dayton's Miami River, he repeated his ecological message, speaking approvingly of Indian place names, then gave the city fathers a piece of advice that might have carried over, with profit, for the entire industrialized East: 'You should never let your manufacturers pollute the air with smoke.'"

At first Oscar had reservations about the design of Niagara Falls as "lacking in grandeur and variety of line," but ultimately declared that the water was "full of changing loveliness."

"In Ottawa, the Canadian capital, Wilde continued his criticism of local flora, looking askance at the lumber mills releasing black smoke into the sky and sawdust in the Ottawa River." He said, "The things of nature do not really belong to us. We should leave them to our children as we have received them."

In Toronto, Oscar sat in the Lieutenant Governor's box enjoying a lacrosse match at City Stadium between Toronto's home team and the St. Regis Indians from nearby Cornwall Reservation. He said, "Oh, I was delighted with it. It's a charming game." He was particularly taken with Ross McKenzie, the leading lacrosse player in Canada, whom he described as a "tall, finely built defense man. I admired his playing very much."

He returned to Canada in October and lectured in the Ontario Peninsula townships of Brantford, Woodstock and Hamilton. In New Brunswick, he visited the Six Nations reservation as well as a cabinetmaking factory and Wesleyan Ladies' College. At St. John, "Local boatmen on Grand Lake renamed one of their vessels the Oscar Wilde in his honor."

The Canadian lectures were a great success. "Feeling himself 'greatly improved in speaking and in gesture,'" back to New York he went to rest and recuperate. There you have him, Oscar Wilde, Celt and environmentalist.