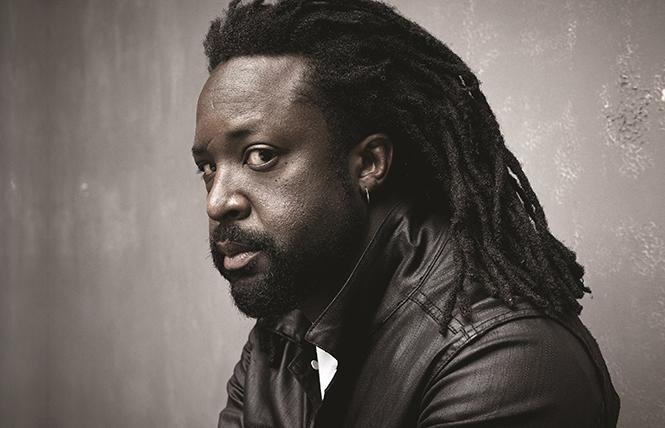 "A ghost knows who to scare," Marlon James writes in a characteristically pithy chapter-opening sentence midway through his 600-page new fantasy novel "Black Leopard, Red Wolf" (Riverhead). So, let it be said, does James.

The first installment of a promised "Dark Star Trilogy," "Black Leopard, Red Wolf" is a work of feral imagination. Despite its many allusions to contemporary culture, this is a once-told tale. The prose, which eschews all obscurantism, is not shy of the incantatory. It's out to entertain, gloves off.

It's set in a mythical, out-of-Africa Africa, but we're not in Wakanda anymore, not that our stay there was overlong (or over). Journey, exhausting as it is exhaustive, is the narrative constant, as a large cast of characters ranges through cities, fiefdoms and assorted above-ground hells on earth to their shared goal. The author provides character lists and even maps, but they seem like diversions if not outright jokes. 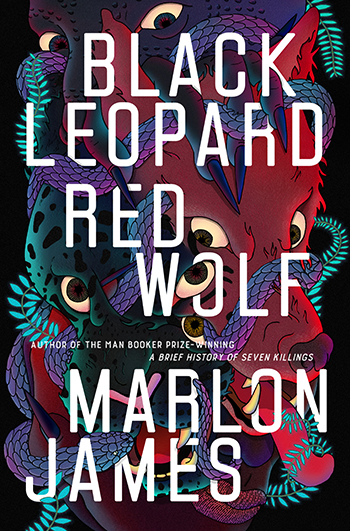 The quest is the search for a boy. The lone survivor of a family mass murder, there's something about the boy, whose closest identifier is "the future of the kingdom." In a story in which shape-shifting is the norm, including among species, what he's got is not exactly humanity, or innocence, which also takes a hard rap, but something like goodness. He's like a thimble full of the only thing worth saving balanced on the tip of a spear.

Finding him is the mission of Tracker, whom we slowly also recognize as the Red Wolf, so named because after one of his eyes was gouged out, a witch replaced it with a wolf's. Tracker's nose is so acute that he can discern distant aromas. Tracker also recognizes this attribute as a curse, as may a reader confronted with the novel's array of scents, fragrances and, mostly, stenches.

There's a pack of scoundrels, demons and competing mercenaries on the same hunt, incapable of partnering beyond gang formation. The boy's almost routine teleporting suggests his ambivalence about being found.

As you would expect in this company, there's more than one version of the story. The Leopard's early question for Tracker — "Which story do you believe?" — is, you should pardon the expression, spot-on. James begins his book with two blunt sentences: "The child is dead. There is nothing left to know." Except, that is, for six spectral legends told by a writer of such fecund imagination that things collide.

Most of the action is unremittingly violent, blood spilling out of its every imaginable sack as if it had been waiting impatiently to make its break. Beheadings are frequent, castrations less so but memorable. There's lots of cock in this book, but you learn to pace your excitement when one turns up. Necks are broken like it's dinnertime at the chicken farm, and there's a reverse birth involving blades and a rib cage that evokes a deliberate anti-creation story you won't be forgetting soon. Curiously, the closest to ordinary humans you'll find in this book are slaves, who are grotesquely overworked by everyone but James.

I've encountered nothing else like this book since Cormac McCarthy's masterpiece, "Blood Meridian." James borrows, or uses, McCarthy's tactic of interrupting the relentless carnage with sagas of punishing travel to the next battleground, during which characters sometimes have time to catch up and regroup.

I can think of no other writer since I.B. Singer whose every sentence advances the story (and would, in another writer's hands, require a whole novel), and at eye-watering speeds. There's a particularly dread-filled trek through the Darklands in which virtually every step of each member of the troop is described. The book pommels you with plot.

Besides Tracker, the very definition of an unreliable narrator, the main characters are the Black Leopard, a shape-shifter with a predilection for using his time as a human to catch up on some serious gay sex (some of it with a possibly besotted Tracker), the formidable Moon Witch, Sogolon (who James says is the trilogy's next narrator), and the prefect Mossi, arguably the most relatably human of the lot and a pig for sex.

Such comfort as there is lies in being in the hands of a master writer with a musical sense of timing. Runes figure importantly in the plot, and James has the linguistic juju to render them in words readers can understand. A word you'll find often is griot, a West African storytelling balladeer.

You feel James' claim in interviews that he has written the book he wanted to read. Its inclusion of gay sex, light on the tenderness, carries it far beyond a mere exercise in representation. It's wild, disciplined craftsmanship of a giddy skill that's somehow not exhibitionist. But you take it lightly at your peril. It's hallucinatory and hallucinogenic, and it fucked me up more than once.