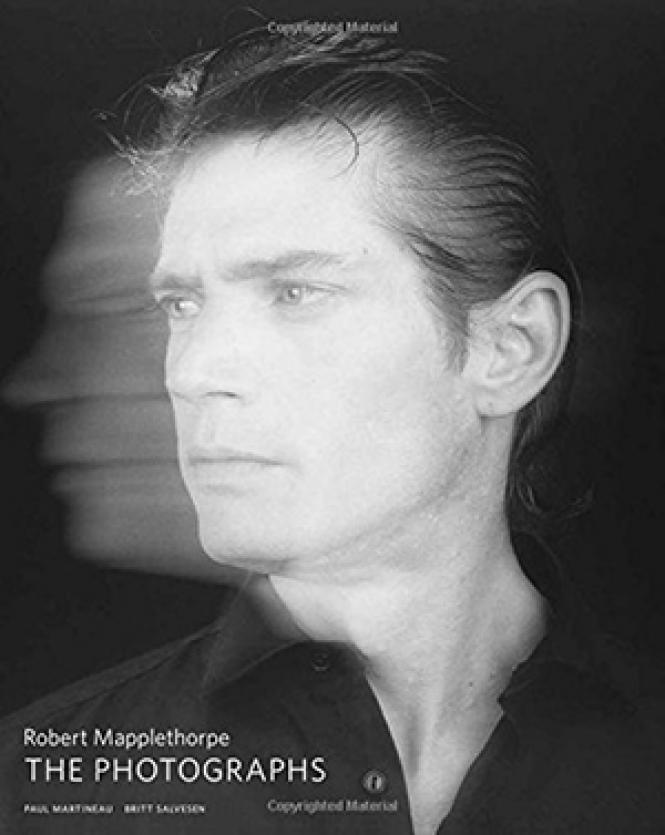 2016 will go down as the Year of the Memoir, with seven of these top 10 books having some autobiographical component. Most titles document past political and cultural struggles that allowed the LGBTQ community to enjoy the rights we have today, and remember heroes who made those rights possible.

10. Robert Mapplethorpe: The Photographs by Paul Martineau and Britt Salveson. Though dead for over a quarter-century, photographer Mapplethorpe remains a scandalous provocateur. With the extraordinary collection acquired by the J. Paul Getty Museum and the LA County Museum of Art, Martineau and Salvesen invite us to reconsider Mapplethorpe as an artist, providing a rich selection covering the remarkable range of his work, including the notorious S/M pictures but also the less well-known landscapes. Five in-depth essays explore sexuality and identity. With an illustrated chronology of his life and art, the book is both authoritative and indispensable. (Honorable mention arts book: The Selected Letters of John Cage, edited by Laura Kuhn.)

9. Queer Virtue: What LGBT People Know About Life and Love and How It Can Revitalize Christianity by Rev. Elizabeth Edman. Normally books about homosexuality and Christianity are apologetic in nature, trying to reconcile their differences, but in a clever reversal, openly lesbian Episcopal priest Elizabeth Edman explores what queer experience can teach Christianity. She effectively argues that queerness has a moral center not at odds with the core tenets of Judeo-Christian belief, by showing how everyday experiences of LGBT people such as pride, coming out, authenticity, and hospitality might invigorate contemporary spiritual practice. (Honorable mention religion book: Struggling in Good Faith: LGBTQI Inclusion from 13 American Religious Perspectives, edited by Rabbi Mychal Copeland.)

8. Making Out in the Mainstream: GLAAD and the Politics of Responsibility by Vincent Doyle. A cogent analysis of GLAAD's evolution from a militant grassroots organization, with direct-action demonstrations against homophobia, into a national media-advocacy lobbying group, giving out glitzy awards to celebrities, with a market-oriented approach. (Honorable mention academic book: Homintern: How Gay Culture Liberated the Modern World by Gregory Woods.)

7. Dying Words: The AIDS Reporting of Jeff Schmalz and How It Transformed The New York Times by Samuel G. Freedman and Kerry Donahue. Not the bastion of pro-LGBT coverage it is today, The New York Times was long homophobic. But as regular Times columnist Freedman reveals, that atmosphere came tumbling down due to trailblazing reporter Jeff Schmalz. Schmalz was closeted as he climbed the Times hierarchy before collapsing with an AIDS-related seizure in 1990. Returning from the brink of death, his sole beat became AIDS as a human interest story. His profiles and first-person articles promoted inclusion on LGBT issues. This pastiche book of interviews, articles, reminiscences, even a radio documentary, is superb. (Honorable mention history: Pride Parades: How a Parade Changed the World by Katherine McFarland Bruce.)

6. Evelyn Waugh: A Life Revisited by Philip Eade. A commemoration of the 50th anniversary of Waugh's death. Great 20th-century English novelist Waugh is best-known for his masterpiece about a decaying aristocratic family, Brideshead Revisited. At Oxford he cultivated a life-long passion for alcohol, and for a decade homosexual affairs, including a baron who became the inspiration for Brideshead 's Lord Sebastian Flyte. Waugh's novels skewered the self-centered foibles of the wealthy upper-class, "bright young things." But he became a reactionary, disillusioned religious snob. (Honorable mention biography: Cursed Legacy: The Tragic Life of Klaus Mann by Frederic Spotts.)

5. One of These Things First: A Memoir by Steven Gaines. The surreal adventures of a gay 15-year-old Jewish boy in Brooklyn in the early 1960s. Ashamed of his homosexuality, he attempts suicide, then convinces his psychiatrist to send him to the celebrated Payne Whitney Clinic, "the Harvard of psychiatric hospitals." He encounters wealthy neurotics and oddballs, including the Broadway producer Richard Halliday, husband of Broadway star Mary Martin. Never has a mental ward seemed so much fun. (Honorable mention memoir: Saving Alex: When I Was Fifteen I Told My Mormon Parents I Was Gay and That's When My Nightmare Began by Alex Cooper with Joanna Brooks.)

4. Gilded Razor by Sam Lansky. Rebounding from the divorce of his self-absorbed parents, Lansky accompanies his father to NYC to lead an exciting party lifestyle and attend elite college-prep Dwight School. There he discovers crystal meth, prescription drugs, and unsafe sex with older men. Several attempts at recovery, including bootcamp rehab in Utah and a psych ward in New Orleans, culminate in sobriety at 19 in a SF 12-step program, leaving the reader exhausted. (Honorable mention real-life horror: Boy Erased: A Memoir (ex-gay) by Garrard Conley.)

3. When We Rise: My Life in the Movement by Cleve Jones. In this love song to SF, Jones charts the rise of the LGBT movement in the 1970s, its partying, dancing, drugs, and uninhibited sexual freedom, but also the building of a community, amassing political clout. The cornerstone of his life would be working with Harvey Milk, whose murder in 1978 made Jones an activist. Stricken with HIV, he had the idea of the AIDS Memorial Quilt, commemorating thousands who died of the disease. This unvarnished, uplifting, opinionated memoir is a testament to Jones' courage. He never allows obstacles to stop his quest for equality.

2. Love Wins: The Lovers and Lawyers Who Fought the Landmark Case For Marriage Equality by Jim Obergefell and Debbie Cenziper. For Obergefell, the lead plaintiff in the 2015 U.S. Supreme Court case that established marriage equality in all 50 states, it all came down to love. In 1992 on their third date, he fell in love with John Arthur in homophobic Cincinnati. Later, when Arthur was dying of ALS, they decided to wed, chartering a plane to another state to transport Arthur. Their civil rights attorney Al Gerhardstein showed them that Obergefell would not be listed on the death certificate as the surviving spouse, which outraged and inspired them to fight Ohio not sanctioning their marriage. Not just a page-turning memoir, but a historic document on a landmark event.

1. How To Survive a Plague: The Inside Story of How Citizens and Science Tamed AIDS by David France. The definitive history of the successful battle to halt the AIDS epidemic. France tells the story of ACT UP activists, who protested to develop and gain access to new experimental drugs that turned AIDS from a death sentence to a manageable disease, forcing reform in the nation's disease-fighting agencies. We relive the rage, despair, chaos, and bravery of that era. Not only the best read of 2016, but tentatively the best LGBT nonfiction book of the decade.